Jürgen Fitschen (born September 1 1948 in Harsefeld, Germany), sometimes rendered Juergen Fitschen in English, is a German banker who served as co-CEO of Deutsche Bank from 2012 to 2016. He served alongside Anshu Jain until 2015 and John Cryan from 2015. He was President of the Association of German Banks from 2013 to 2016.

From 1975 to 1987, he worked at Citibank in various positions in Hamburg and Frankfurt am Main. In 1983, he was appointed member of Citibank’s Executive Committee Germany.

After joining Deutsche Bank in 1987, Fitschen held executive positions in Thailand, Japan and Singapore, before becoming a member of the Global Corporates and Institutions Divisional Board in 1997, based in Frankfurt. A year later he joined the newly designed Global Corporates and Institutions division, based in London. In 2001 he was appointed to Deutsche Bank Group Board of Managing Directors where he was responsible for the Corporate and Investment divisions of the bank.

Fitschen has been a member of Deutsche Bank’s Group Executive Committee since 2002. In 2005 he was appointed Head of the newly established Regional Management team worldwide and CEO Germany, based in Frankfurt. As CEO Germany he is also Chairman of the Management Committee Germany. In these capacities Fitschen joined the Deutsche Bank Management Board in 2009.

In December 2012, Fitschen was under investigation for alleged sales tax evasion, which occurred in 2009. After a raid by over 500 police officials and tax inspectors, Fitschen called the minister-president of the German state of Hesse, Volker Bouffier, complaining about the raid, saying that the incident damaged the reputation of the largest German lender. 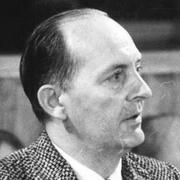