Juan Morel Campos (May 16, 1857 – May 12, 1896), sometimes erroneously spelled Juan Morell Campos, was a Puerto Rican composer, considered by many to be responsible for taking the genre of danza to its highest level. He composed over 550 musical works before he died unexpectedly at age 38.

Later, Morel Campos became a student of the composer Manuel Gregorio Tavárez, "The Father of the Danza". Campos' first danza composition was called "Sopapos". The influence of Tavárez, plus the particular style developed by Morel Campos can be listened to in his music today.

Morel Campos had his own dance orchestra, "La Lira Ponceña." Most of his danzas were written for dancing. He modified his compositions so that they may also be played on piano. Morel Campos is best known for his danza compositions, but he also composed waltzes, operas, symphonies, marches and overtures.

Women and the theme of love inspired most of his musical compositions. His great love was a lady named Mercedes Arias, but her family did not approve of their relationship. It was from that frustrated "love" that many of Morel Campos' beautiful danzas were born, "Maldito Amor" (Damned Love) is an example. Among his best-known compositions are "Felices Dias' (Happy Days), "No Me Toques" (Do Not Touch Me), "Idilio," and "Maldito Amor" (Damned Love).

Selection of Danzas by Morel Campos

The following is a list of some of Morel Campos' Danza's:

Domingo Cruz "Cocolía" became director of the Firefighters' Band upon the untimely death of Morel Campos. Juan Morel Campos suffered a stroke on April 26, 1896 during a concert in Ponce. He died of the stroke soon thereafter on May 16, in Ponce. In December 1926, his remains were buried at the foot of his statue in Plaza Las Delicias. His wife was Secundina Beltrán Collazo. Their children were Olimpia, Eugenia, Belén, Plácido and Manuel. 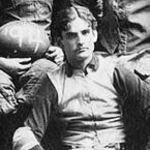