Juan Jover Sañes (23 November 1903 – 28 June 1960) was a Spanish racing driver, born in Barcelona. With Paco Godia, Jover was the first Spanish driver to compete in Formula One.

In 1951 he participated in the Formula One 1951 Spanish Grand Prix, qualifying 18th, but he did not start the race after blowing his engine.

Jover then switched to hillclimbing, and also endurance racing with Scuderia Pegaso. He suffered serious injuries to his left leg when he crashed his Pegaso Z-102 during trials for the 1953 24 Hours of Le Mans, but returned to hillclimbing in June 1954. In 1957, he won the Gran Premio de Barajas in a Maserati 200S, and the following year he won the La Rabassada hillclimb, driving a Mercedes-Benz 300SL.

Jover died in a road accident in 1960, when his convertible left the road and fell off a cliff near Sitges in Catalonia.

The contents of this page are sourced from Wikipedia article on 21 Mar 2020. The contents are available under the CC BY-SA 4.0 license.
comments so far.
Comments
Reference sources
References
http://www.formula1.com/news/features/2008/4/7669.html
http://www.silhouet.com/motorsport/archive/f1/nc/1947/1947.html#bari
http://www.silhouet.com/motorsport/archive/f1/nc/1948/1948.html#albi
http://www.experiencelemans.com/contents/en-us/d184_1949_Le_Mans_24_Hours_Competitors_and_Results.html
http://www.grandprix.com/gpe/rr015.html
http://forix.autosport.com/8w/milano.html
Trending today in 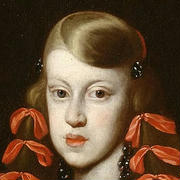