Juan Godíñez (1517 - 1571) Conquistador Juan Godínez, was born in the city of Úbeda, Spain. He came to the Americas in 1532. After coming to Peru, he campaigned with Diego de Almagro in Chile. He later served in Peru in the subjugation of Manco Inca, and in the expeditions of the captains Pedro de Candia and Diego de Rojas. Afterward, he returned to Chile in 1540 with Pedro de Valdivia serving in the wars of the Conquest of Chile until the arrival of García Hurtado de Mendoza.

He was captain of cavalry during the campaign against Lautaro in 1556 where, after the Battle of Peteroa, his company pursued the retreating Mapuche and destroyed a detachment of Lautaro's army near the Maule River. In 1557 his command defending Santiago joined that of the Governor Francisco de Villagra to destroy Lautaro's army in the Battle of Mataquito. He then served in the army of García Hurtado de Mendoza in his campaign during the Arauco War in southern Chile.

He was an encomendero of Choapa. He was a regidor of Santiago, Chile in 1550, 1554 and 1556. He married Catalina de la Cueva in 1557 and had eight children. His mestiza daughter, Leonor Godínez, married Don Juan Hurtado, notary public of Serena and Santiago. He died in 1571. 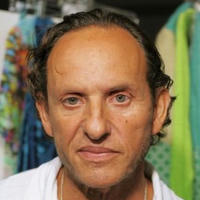