Juan Aldama (January 3, 1774 in San Miguel el Grande, Guanajuato – June 26, 1811 in Chihuahua) was a Mexican revolutionary rebel soldier during the Mexican War of Independence in 1810. He was also the brother of Ignacio Aldama.
At the beginning of the War of Independence, Aldama was a captain of the cavalry regiment of the Queen's militia. He attended the conspiratorial meetings for independence in Querétaro, organized by Josefa Ortiz de Domínguez, despite having to travel from San Miguel el Grande (now San Miguel de Allende) in neighboring Guanajuato.
Aldama was in San Miguel when he heard news that the conspiracy had been betrayed by a supporter who informed the Spanish colonial authorities. He traveled to Dolores (now Dolores Hidalgo) to inform Miguel Hidalgo y Costilla and Ignacio Allende. He witnessed the Grito de Dolores ("Cry of Dolores") on the night of September 16, 1810, which started the armed conflict.
Aldama was later captured by the Spanish colonial authorities in 1811. He was court-martialed for insubordination towards the Spanish Crown and executed for treason, by firing squad on June 26, 1811, together with Allende and other members of the rebel army including Mariano Jiménez and Manuel Santa María.

Aldama's body was decapitated and his head taken to the Alhóndiga de Granaditas where it was shown to the public inside a cage hung from one corner of the building. In 1824, his remains were moved to an altar in the Metropolitan Cathedral in Mexico City. Finally, in 1925, his remains were moved one last time to the mausoleum in the Independence Column in Mexico City.

Aldama is a national hero of Mexico. In his honor, several towns and villages are named after him. The following category includes: 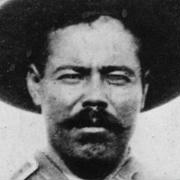