Daniels attended Mater Dei High School in Santa Ana, California. During his high school career, he passed for 12,014 yards with 152 touchdowns and 14 interceptions.

Daniels was notable for earning the starting position his freshman year and full play calling responsibility his sophomore year, the latter of which being a distinction that took fellow Mater Dei and USC alum Matt Barkley until his senior year to earn. He threw for 4,849 yards and 67 touchdowns his sophomore season. As a junior, he won the Gatorade Football Player of the Year and then later the Male Athlete of the Year award after passing for 4,123 yards and scoring 61 total touchdowns (52 passing, nine rushing), leading his team to a 15–0 record and a consensus high school football national championship. Mater Dei held the #1 position from the first week of the season and did not trail at any point in the season, winning every game by at least 10 points in CIF's Division I.

Daniels was a five-star recruit and ranked as the number one overall recruit in his class by Rivals.com prior to his reclassification. He committed to the University of Southern California (USC) to play college football. In December 2017, Daniels announced that he would graduate early from high school and reclassify to the 2018 class. He enrolled in USC in June 2018 upon completion of his high school course work. In August 2018, he began USC's two week fall camp in a three-way competition for the starting quarterback position. Within three weeks, Daniels was named the starter over incumbents Matt Fink and Jack Sears, making him the second true freshman in school history to start a season opener. In his true freshman year, Daniels passed for 2,672 yards, 14 touchdowns, and ten interceptions as the Trojans went 5–7, though he did not play in one game due to a concussion.

In 2019, he won the starting job over Fink, Sears, and Kedon Slovis. During the season opener against Fresno State, he tore his ACL during a sack in the second quarter; at the time of the injury, he had completed 25 of 34 passes for 215 yards, a touchdown, and an interception. Daniels was eventually ruled out for the remainder of the year. Following this, Slovis was named starting quarterback.

The contents of this page are sourced from Wikipedia article on 08 Feb 2020. The contents are available under the CC BY-SA 4.0 license.
View JT Daniels 's image gallery
Image Gallery 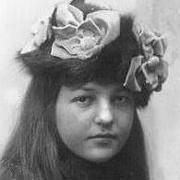