Joyce Johnson (born 1935) is an American author of fiction and nonfiction who won a National Book Critics Circle Award for her memoir Minor Characters about her relationship with Jack Kerouac.

Born Joyce Glassman to a Jewish family in Brooklyn, New York, Joyce was raised on the Upper West Side of Manhattan, a few blocks from the apartment of Joan Vollmer Adams where William Burroughs, Allen Ginsberg and Jack Kerouac lived from 1944 to 1946. She was a child actress and appeared in the Broadway production of I Remember Mama, which she writes about in her 2004 memoir Missing Men.

At the age of 13, Joyce rebelled against her controlling parents and began hanging out in Washington Square. She matriculated at Barnard College at 16, failing her graduation by one class. It was at Barnard that she became friends with Elise Cowen (briefly Allen Ginsberg's lover) who introduced her to the Beat circle. Ginsberg arranged for Glassman and Kerouac to meet on a blind date while she was working on her first novel, Come and Join the Dance, which was sold to Random House when she was only twenty-one and appeared five years later in 1962 just as she was starting her long career as a book editor.

Joyce was married briefly to abstract painter James Johnson, who was killed in a motorcycle accident. From her second marriage to painter Peter Pinchbeck, which ended in divorce, came her son, Daniel Pinchbeck, also an author.

Jerry Yulsman's photograph of Joyce Johnson and Jack Kerouac outside the Kettle of Fish Bar in Greenwich Village during the 1950s.

In Minor Characters (Houghton Mifflin, 1983), the book she is best known for, she looked back at the years 1957 and 1958, the time when Kerouac rose from obscurity to fame with the publication of On the Road. Johnson brought attention to the experiences of women associated with the Beat Generation writers. Her memoir won a 1983 National Book Critics Circle Award.Other memoirs and anthologies have since been published by and about women of the Beat Generation.

Johnson has published three novels: Come and Join the Dance (by Joyce Glassman) (Atheneum, 1962), Bad Connections (Putnam, 1978), and In the Night Cafe (Dutton, 1987). Come and Join the Dance has been recognized by scholars such as Ann Douglas, Nancy Grace and Ronna Johnson as the first Beat novel by a woman. She has also published a work of investigative journalism: What Lisa Knew: The Truths and Lies of the Steinberg Case (Putnam, 1989).

From 1983 through 1997, she taught writing at Columbia University's MFA program. She has also taught at the New School, the Breadloaf Writers Conference, the University of Vermont and New York University., and at the 92nd Street YMHA.

"The Children's Wing," the penultimate chapter of her novel In The Night Cafe (1989), was a first-prize O. Henry Award recipient. In 1992 she received an NEA grant.

The Johnson and Kerouac correspondence, collected in Door Wide Open: A Beat Love Affair in Letters, 1957–1958 (2000) was followed by another memoir, Missing Men (2004). And in 2012, she published her biography of Kerouac The Voice Is All: The Lonely Victory of Jack Kerouac. Based on her research in the Kerouac Archive in the Berg Collection, it is the first biography to explore the far-reaching influence that Kerouac's Franco American background had upon his life and work. Johnson also carefully traces the development of Kerouac's unique first person voice from his earliest writings through late 1951, when a series of breakthroughs led to the writing of Visions of Cody, the book he considered his masterpiece. Though some critics have erroneously called this book a memoir, Johnson ends Kerouac's story six years before she met him, and makes only a few relevant references to the relationship they had from January 1957 through October 1958. 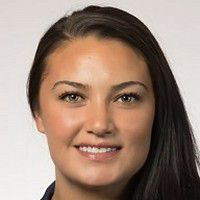 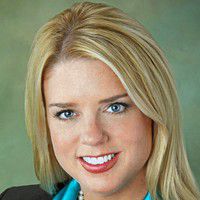