Joy Elizabeth Williams (born November 14, 1982) is an American singer-songwriter. The winner of four Grammy awards, Williams has released four solo albums and four EPs since the release of her self-titled debut in 2001. She performed with John Paul White as The Civil Wars from 2009 until 2014.

Williams was born in West Branch, Michigan and raised in a Christian home in Santa Cruz, California, where her parents worked in ministry. She attended Valley Christian High School in San Jose and graduated as the class valedictorian in 2001.

In addition to singing in church, Williams began writing faith-based pop songs while living in Santa Cruz. At 17, she was signed by Reunion Records, a subsidiary of Sony/BMG based in Brentwood, Tennessee. Williams moved to Nashville in 2001, in part to be closer to the label’s headquarters.

She cites Kate Bush, Peter Gabriel, Massive Attack, and Portishead as being her influences.

Williams achieved significant success between 2001 and 2005. She was nominated for 11 Dove Awards, and the three records she released on Reunion cumulatively sold more than 250,000 albums. In 2005 she left the label, noting that her perspective had changed considerably since she had started recording for Reunion at 17. “My worldview shifted like tectonic plates from 17 to mid-twenties, and over time, I just started to feel less and less comfortable with the type of music I was making. I wanted to write things that moved me and not feel like I had any parameters telling me what to do or not to do," she said in a 2014 interview.

After leaving Reunion, Williams spent time in Europe, and worked briefly at Paste Magazine and at a Nashville boutique. She resumed her career in music in 2006 after she signed a publishing deal with Warner/Chappell music, and in 2008 she and her husband/manager Nate Yetton founded Sensibility Music, intending it to serve as an outlet for Williams to release solo material. That same year she began to seek licensing opportunities for her music in film, television, and commercials. Oscar Mayer selected her song “It Doesn’t Get Better Than This” for a 2008 marketing campaign. Williams subsequently released three EPs through Sensibility Music. Her catalog includes the songs “Charmed Life,” “Speaking A Dead Language” and “Sunny Day,” which were featured on the TV show Grey’s Anatomy.

In 2008, Williams attended a writing camp in Nashville, where she met John Paul White. They formed the folk rock duo The Civil Wars in 2009, and released their breakthrough album, Barton Hollow, independently through Sensibility in 2011. The album was widely praised by critics, and went on to sell more than 650,000 copies in the US. White and Williams won four Grammy Awards as The Civil Wars.

The duo announced an indefinite hiatus in November 2012, prior to the release of their 2013 self-titled album. White and Williams announced on their website in August 2014 that they had dissolved the band. In March 2015, she stated in an interview that she last spoke with White after their Roundhouse show at London in November 2012.

Late in 2013, Williams collaborated with Chris Cornell on the song "Misery Chain" for the 12 Years A Slave soundtrack. They performed the song together on Late Night with David Letterman at the end of the year. She also collaborated with Matt Berninger from the National on "Hush", the theme song for TURN, which airs on AMC.

Williams announced that she had begun work on a new solo album in April 2014.

Williams and Hayley Williams of the rock band, Paramore, collaborated on a new version of Paramore's "Hate to See Your Heart Break." The track was included on a deluxe version of the band's self-titled album and was released in November 2014.

Williams released the debut single, "Woman (Oh Mama)", off her upcoming album Venus on her website in late March 2015.

Williams made her acting debut in 2016, in an episode of Roadies. 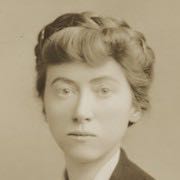 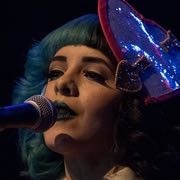 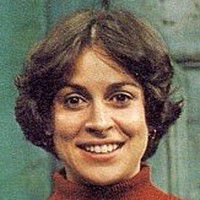