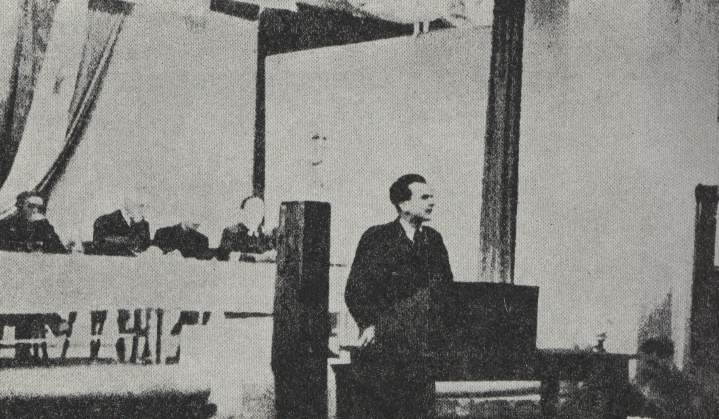 He was born in Ljubljana, in a progressive middle-class family. Josip had an older brother, Milan Vidmar, a notable engineer, chess player and writer. Their sister Meta Vidmar studied with the famous Mary Wigman in Dresden and upon returning to Ljubljana in 1930 established the first school of modern dance in Slovenia.

At the time when in the ex-Austrian Littoral, that has been given by Great Britain to Italy, a great part of Slovenes were subjected to violent Fascist Italianization, Vidmar was also against the Serbian attempts of Yugoslavization of Slovenes living in the Kingdom of Yugoslavia. He rose to prominence with his critical essays on literature and politics, including his 1933 essay The Cultural Problem of Slovene Identity.

During the Italian occupation of Slovene territory (later annexed to Italy as the Province of Ljubljana), the Anti-Imperialist Front (later renamed the Liberation Front of the Slovenian People, the Slovene resistance organization) was established at Vidmar's house in Rožna Dolina, Ljubljana on 26 April 1941. A memorial now stands in front of the house. Vidmar served as the formal chairman of the organization until the end of the war.

He was president of the Yugoslav Federal Chamber of Peoples (later the Chamber of Republics and Provinces). He was close friend to Croatian writer Miroslav Krleža. He was very influential in Slovenia from the mid-1950s to the mid-1970s in the cultural policies of the Titoist regime.

He died in Ljubljana.