Stritar spent his early childhood in his home village of Podsmreka in rural Lower Carniola and was sent to school in Ljubljana. In 1855, he went to study in Vienna and completed his studies in 1874, after which he became an assistant teacher at the Hernals Gymnasium, and after 1878, professor in Josefstadt, where he remained until his retirement in 1901. Stritar returned to the Slovene Lands in January 1923, after he was in recognition of his work given a house in Rogaška Slatina by the regional government in Ljubljana. He lived there until his death and was buried in Ljubljana.

One of his important contributions was the introduction to the 1866 edition of France Prešeren's collected poems where he pointed out the importance of his poems to the nascent Slovene national identity.

Despite living most of his life in Vienna, he was much admired and appreciated at home even during his lifetime and was made an honorary member of the Yugoslav Academy of Sciences and Arts in 1919.

The main street leading from the Triple Bridge towards Town Square in Ljubljana has been named Stritarjeva ulica (Stritar Street) after Stritar. Stritar's birth house has been replaced with another building; from his period, only a granary has been preserved. It has been arranged into an ethnographic museum. 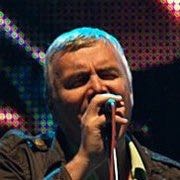