Joshua Bryant (born July 2, 1940) is an American actor, director, author and speaker and the founder, in 1995, of the Taos Talking Pictures Film Festival and Media Forum in Taos, New Mexico.

After attending the Pasadena Playhouse College of Theater Arts and the Royal Academy of Dramatic Art in London (RADA) and serving for three years in the US Army Signal Corps he began a career in the theater that eventually led to his starring, guest-starring and appearing in many dozens of television shows. Bryant also appeared in Barnaby Jones; episode titled, "Fantasy of Fear"(02/25/1975).

In June 2018, Joshua Bryant told Le Populaire du Centre newspaper that he had decided to leave the United States with his wife Melinda Mullins, if the Bush administration invaded Iraq. After selling all their property, four years after the invasion in March 2003, they left the United States to settle in France, in Limousin where they still live.

The contents of this page are sourced from Wikipedia article on 21 Apr 2020. The contents are available under the CC BY-SA 4.0 license.
comments so far.
Comments
From our partners
Sponsored
Reference sources
References
https://www.lepopulaire.fr/limoges/loisirs/art-litterature/2018/06/29/pourquoi-joshua-bryant-acteur-d-hollywood-et-melinda-mullins-actrice-newyorkaise-ont-choisi-la-haute-vienne_12899855.html
//www.google.com/search?&q=%22Joshua+Bryant%22+site:news.google.com/newspapers&source=newspapers
//scholar.google.com/scholar?q=%22Joshua+Bryant%22
https://www.jstor.org/action/doBasicSearch?Query=%22Joshua+Bryant%22&acc=on&wc=on
https://www.imdb.com/name/nm0117145/
https://www.allmovie.com/artist/p9234
http://www.joshuabryant.fr/
Trending today in 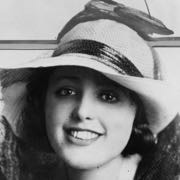