Josephine Garis Cochran (later Cochrane) (March 8, 1839 in Ashtabula County, Ohio – August 3, 1913 (age 74) in Chicago, Illinois) was the inventor of the first commercially successful automatic dishwasher, which she designed in the shed behind her home, she then constructed it engaging the assistance of mechanic George Butters, who became one of her first employees. Once her patent issued in 28 December 1886, she founded Garis-Cochrane Manufacturing Company to manufacture her machines. Cochrane showed her new machine at the World's Columbian Exposition in Chicago in 1893 where nine Garis-Cochran washers were installed in the restaurants and pavilions of the fair and was met with interest from restaurants and hotels, where hot water access was not an issue. She won the highest prize for "best mechanical construction, durability and adaptation to its line of work" at the Fair. Garis-Cochran Manufacturing Company, which built both hand and power operated dishwashers, grew through a focus on hotels and other commercial customers and was renamed as Cochran’s Crescent Washing Machine Company in 1897.

Cochran's Crescent Washing Machine Company became part of KitchenAid through acquisition by Hobart Manufacturing Company after Cochran's death in 1913, who first grew the commercial business, and in 1949, the first KitchenAid dishwasher based on Cochran's design was introduced to the public. By the 1950s, most households had access to hot water which had been limited in the past and cultural attitudes regarding the role of women were shifting so the consumer home market opened for dishwashers in the 1950s. Cochran was posthumously inducted into the National Inventors Hall of Fame in 2006 for patent 355,139 issued on December 28, 1886 for her invention of the dishwasher.

She was born Josephine Garis in Ashtabula County, Ohio, on march 8, 1839 and raised in Valparaiso, Indiana. Cochrane was the daughter of John Garis, a civil engineer, and Irene Fitch Garis.

After moving to her sister‘s home in Shelbyville, Illinois, she married William Cochran on October 13, 1858. William had returned the year before from a disappointing try at the California Gold Rush, but had gone on to become a prosperous dry goods merchant and Democratic Party politician. Josephine and William had 2 children: Hallie and Katharine.

In 1870 the family moved into a mansion and she joined Chicago society. After one event dinner party, some of the heirloom dishes got chipped while washing up, prompting her to search for a better alternative to handwashing the china. She also wanted to relieve tired housewives from the duty of washing dishes after a meal.

Cochrane died of a stroke or exhaustion in Chicago, Illinois, on August 3, 1913, and was buried in Glenwood Cemetery in Shelbyville, Illinois. In 2006 she was inducted into the National Inventors Hall of Fame.

The first few men she tried to hire to put her design into reality insisted on changing her design, and the results didn’t work. Other attempts had been made to produce a commercially viable dishwasher. In 1850 Joel Houghton designed a hand-cranked dish soaker. In the 1860s, L. A. Alexander improved on the device with a geared mechanism that allowed the user to spin racked dishes through a tub of water. Neither of these devices was particularly effective.

Cochrane designed the first model of her dishwasher in the shed behind her house in Shelbyville, Illinois. George Butters was a mechanic who assisted her in the construction of the dishwasher; he was also an employee at the first dishwasher factory. To build the machine, she first measured the dishes and built wire compartments, each specially designed to fit either plates, cups, or saucers. The compartments were placed inside a wheel that lay flat inside a copper boiler. A motor turned the wheel while hot soapy water squirted up from the bottom of the boiler and rained down on the dishes. Her dishwasher was the first to use water pressure instead of scrubbers to clean the dishes inside the machine. After receiving a patent on December 28, 1886

The Garis-Cochran Manufacturing Company became part of KitchenAid, and in 1949, the first KitchenAid dishwasher based on Cochran's design was introduced. It was in the 1950s that dishwashers became a common household item after new suburban homes were built with the plumbing required to handle the extra hot water. 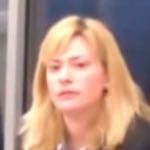 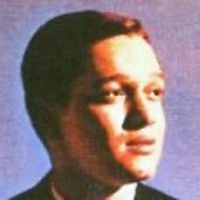 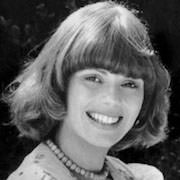