Josephine Cashman is an Aboriginal Australian lawyer and entrepreneur, of Warrimay heritage. She is known for having been a member of Minister for Indigenous Australians Ken Wyatt's Senior Advisory Group responsible for planning an Indigenous voice to government, from November 2019 until her position was terminated on 28 January 2020.

Cashman is a lawyer and businesswoman, and was an inaugural member of Prime Minister Malcolm Turnbull's Indigenous Advisory Council in 2017. She addressed a UN Human Rights Council session focussing on violence against Indigenous girls and women.

Cashman's book, Lani's Story, was launched by former Prime Minister Tony Abbott in 2013 when Cashman sent a copy to his office following her publisher being unable to fund a book launch.

On 8 November 2019 Cashman was appointed to Minister for Indigenous Australians Ken Wyatt's Senior Advisory Group responsible for planning an "Indigenous voice to government".

In late 2019, Cashman challenged author Bruce Pascoe on his Aboriginal identity claims. She said that he had benefited financially from falsely claiming to be Aboriginal, and requested that Peter Dutton (Australian Minister for Home Affairs) investigate the matter. On 24 December 2019, Dutton referred the issue to the Australian Federal Police, who investigated her allegations, but responded that – based on their inquiries – no Commonwealth offences had been identified.

On 28 January 2020, Wyatt removed Cashman from the Senior Advisory Group after she was found to have provided a letter, alleged to be from Yolngu elder Terry Yumbulul, supporting Cashman and denouncing Bruce Pascoe and his book Dark Emu, to conservative commentator Andrew Bolt. Bolt published it on his Herald Sun blog on 26 January 2020. The next day, Yumbulul released a statement saying that he had not authored the letter, nor given permission for anything to be published under his name.

Cashman has called for a formal register to assess people's Aboriginality. This is not part of the terms of reference of the Senior Advisory Group, and is not supported by Wyatt. The proposal reached national headlines after Cashman had made the allegations about Pascoe.

Cashman has an older sister, two brothers, a step-brother and step-sister and a son. She belongs to the Warrimay/Worimi and Aranda peoples and has connections with Marika and Yunupingu people in Eastern Arnhem Land and with the south coast of New South Wales and eastern Victoria.

Both Cashman's paternal grandparents were active members of the Liberal Party. 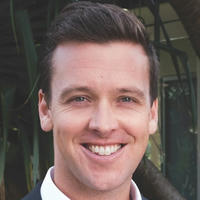