Joseph Stennett was born in 1663 at Abingdon, Berkshire, England of pious parents, Edward Stennett and Mary (Quelch) Stennett. He attended Wallingford Grammar School. He was also tutored by his father, Edward, and older brother, Jedudah, and learned French, Italian, and Hebrew. Both his father and his brother had written Hebrew grammars. Joseph's heart was turned to Christ at an early age. In 1685, at the age of 22, he moved to London where he worked as a tutor.

In 1690, Joseph was ordained pastor of the Sabbatarian Baptist (Seventh Day Baptist) congregation meeting in London, at Pinner's Hall, where he served until his death in 1713. Hanserd Knollys, among others, spoke at his ordination. The church's first pastor had been Francis Bampfield, who died in 1684 in Newgate Prison. The Pinner's Hall congregation grew to between 120 and 150 members during Stennett's pastorate.

In his early ministry Stennett preached also, on Sabbath evenings, at the Devonshire Square Seventh Day Baptist Church. He mastered Hebrew. Early on, he was tutored by his father, Edward Stennett (died 1690), also a Baptist minister, and author of The Royal Law Contended For (1658) and The Seventh Day Sabbath (1664). He had also corresponded with Baptists in Newport, Rhode Island between 1668 and 1674, encouraging them as they organized the first Seventh Day Baptist Church in America in 1671.

Joseph Stennett was Particular Baptist, and often supplied pulpit for Sunday churches as well. He was chosen to represent the body of Baptists and other Dissenters in regards to national affairs. Several sermons preached on public occasions were published, and one sermon (National Thanksgiving, 1704) won him the favour of Queen Anne.

After falling ill, Stennett followed the advice of his doctor and retired to the home of his brother-in-law, Mr. Morton, in Knaphill, Buckinghamshire, England. However the advice proved of little avail and he died there in 1713, at the age of 49.

The writings of Joseph Stennett were collected after his death and published in 1732 in four volumes (The Works Of the late Reverend and Learned Mr. Joseph Stennett: In Five Volumes To which is prefix'd Some Account of his Life, London, 1732). The "fifth" volume was to have included the anti-pedobaptist treatise previously published (in 1704), An Answer to Mr. Russen's Book..., but was not, due to lack of funds. His works include:

Joseph Stennett was the first significant Baptist hymnwriter. Isaac Watts (who was thirteen years younger than Joseph Stennett) praised Stennett, and included Stennett hymns in his noteworthy Hymns and Spiritual Songs in Three Books, published in 1707. 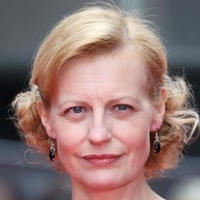