Joseph Nicholds (ca.1785–1860) was a player of the keyed bugle and a composer of sacred music, today known as West gallery music.

Nicholds was born in Coseley, Staffordshire, around 1785. and worked as a limestone-breaker in the Deepfields iron furnaces nearby. He may have also played ophicleide in the band which accompanied the singing at Providence Baptist Chapel, Coseley.

Sometime after 1820 Nicholds and his three sons joined the band attached to Wombwell’s Travelling Menagerie, where he remained in the capacity of bandmaster for 21 years. The band, one of the very first brass bands, became famous for producing excellent musicians – so much so that many people came just to hear the music, without paying to go inside to see the animals.

By 1844 he appears to have left Wombwell’s menagerie, as he is described as “formerly director of Wombwell’s band” in a report by The Musical World journal of a performance of his oratorio The Triumphs of Zion in Wolverhampton, on 17 September 1844. Only part of this oratorio is known to have survived, along with several of Nicholds’ hymn tunes, in a collection of manuscript music associated with the Larks of Dean.

Around 1850 Nicholds moved to the Ebbw Vale area of Monmouthshire where he remained for five years. Here he published The Monmouthshire Melodist, a collection of psalm and hymn tunes and anthems, with several pieces by other composers working in the area.

He returned to the Black Country around 1855, and became proprietor of the Hop & Barleycorn Inn, Coseley. His most famous work, the oratorio Babylon, was first performed in the newly completed Ebenezer Baptist Church in 1857 – however, it was not published until after his death.

The remains of his memorial, the tombstone, may be seen in the old Sedgley cemetery (now the Garden of Rest), placed into the ground close to the centre of the park – only the inscribed tablet survives of what was a 10-ft tall obelisk-topped monument. It reads:

THIS
MONUMENT WAS ERECTED
IN 1871 BY PUBLIC SUBSCRIPTION,
AS A TRIBUTE OF RESPECT.
IN
AFFECTIONATE REMEMBRANCE OF
JOSEPH NICHOLDS
A NATIVE OF COSELEY
WHO DIED FEBY 18TH 1860.
AND WAS AUTHOR OF THE FOLLOWING
WORKS OF SACRED MUSIC,
THE FRUITS OF BENEVOLENCE.
GABRIELS HARP.
THE TRIUMPHS OF ZION.
THE ORATORIO OF BABYLON.
THE MONMOUTHSHIRE MELODIST.
THE SONGS OF ZION.

“They rest from their labour and their
works do follow them.” 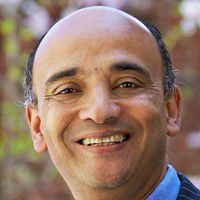