Joseph Lennox Donation Pawan M.B.E. (6 September 1887 – 3 November 1957) was a Trinidadian bacteriologist who was the first person to show that rabies could be spread by vampire bats to other animals and humans.

Born in Trinidad, Pawan was educated at St. Mary’s College in Port of Spain and won an Island Scholarship in 1907. He then went on to Edinburgh University, where he graduated in 1912 with bachelor's degrees in medicine and surgery. After studying at the Pasteur Institute in France he returned to Trinidad in 1913, first as an Assistant Surgeon at the Colonial Hospital in Port of Spain, and later as the District Medical Officer in Tobago and Cedros, in southwestern Trinidad.

In 1923 he was appointed as the sole bacteriologist to the government of Trinidad and Tobago. In 1925 there was an outbreak of rabies in cattle in Trinidad, which was first diagnosed as botulism. Humans began contracting rabies in 1929, first diagnosed as poliomyelitis. The outbreak continued until 1937, by which time 89 human fatalities were recorded.

Pawan found the first infected vampire bat in March 1932. He then soon proved that various species of bat, including fruit-eating bats and particularly the common vampire bat (Desmodus rotundus), with or without artificial infection or the external symptoms of rabies, are capable of transmitting rabies for an extended period of time. “Perhaps, the most heretical disclosure was that vampire bats could recover from the furious stage of the disease and were capable of spreading the disease up to five and one half months.” It was later shown that fruit bats of the Artibeus genus demonstrate the same abilities. During this asymptomatic stage the bats continue to behave normally and breed. At first, his basic findings that bats transmitted rabies to people and animals were thought fantastic and ridiculed.

Pawan died on 3 November 1957. He was sometimes referred to as John Lennox Pawan by Arthur Greenhall, who was a close friend and associate. It is not certain whether he was ever called “John,” or whether the references are misprints.

“Dr Pawan’s interests were many and varied. He was the author of numerous papers and studied such subjects as the water supplies of Trinidad; the histology of Aedes and Anophole (sic = Anopheles) mosquitos; sickle-cell anaemia; and the mosquito transmission of Venezuelan Equine Encephalomeyelitis Virus in Trinidad. But he will best be remembered in the annals of medical history along with Louis Pasteur for his contributions to the study of rabies. His research on bat rabies has been considered by rabies investigators over the world to be a classic of epidemiological studies and has had a profound influence on all subsequent studies up to the present time.” 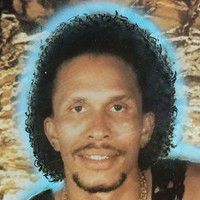 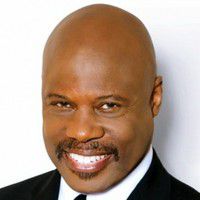 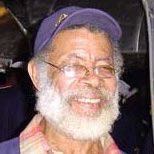