Joseph Emin (Armenian: Յովսէփ Էմին, Hovsep Emin) (August 2, 1726 - August 2, 1809, Calcutta), was a prominent figure of the Armenian national liberation movement who travelled to various European countries and Russia in order to secure support for the liberation of Armenia from Persia and the Ottoman Empire. He married Thangoom-Khatoon (1748 - 14 September 1843) in 1776, whose grave lies next to his.

Emin was Born in Hamadan, Persia, in 1726 at a time when the empire was in turmoil, following the Afghan occupation of Isfahan and the fall of the Safavids. As a child Emin had witnessed firsthand the troubles of his family and other Christians at the hands of local Muslim officials. In 1744 Emin moved to India to join his merchant father in Calcutta. As a young man, not unlike Israel Ori before him, Emin resolved to dedicate his life to the liberation of Armenia. When he came into contact with the British military in Calcutta, he realized that the Armenians needed both education and skill in the contemporary Western art of warfare if they hoped to regain independence.

In 1751, against his father's wishes Emin left for London. His first four years there were filled with misery and hard labour, and he was deprived of any financial assistance from his father. However, in 1755 Emin experienced a turning point in his life. He met and befriended Edmund Burke, the future British statesman and political writer, with whose support he gained access to the circles of British intellectuals and nobility. He received sponsorship from Hugh Percy the Duke of Northumberland and was admitted to the Royal Military Academy in Woolwich, where he remained for thirteenth months after which he enlisted as a volunteer in the British and Prussian armies during their war against France in order to gain practical experience.

Emin left London in 1759 and traveled to Echmiadzin, passing through the Armenian areas of the Ottoman Empire on his way. His initial strategy for liberating Armenia involved attempting to motivate the Catholicos of Echmiadzin toward the idea of first liberating Ottoman Armenia and then Persian Armenia and then proceeding to secure the cooperation of the Armenian meliks of Karabagh and King Erekle II of Georgia, who, after the death of Nadir Shah, had liberated his country from the Persian yoke and reestablished the Georgian Kingdom. However Emin was disappointed with the ignorance of the Armenian clergy and the passive and apathetic leadership. He decided to return to London to pursue other avenues for his liberation plans.

Emin returned to England in early 1761 from where he secured passage to Russia from Prince Golitsyn, the Russian Ambassador to England. In St. Petersburg he met with the Russian Imperial Chancellor, Count Vorontsov to whom he presented his plans to go to Georgia, enter the service of King Erekle II, and help liberate Armenia. Emin entered Tiflis (now Tbilisi) in 1763 with a letter of recommendation from Count Voronstov to King Erekle II and accompanied by a large group of Armenian volunteers who had joined him from Armenian settlements in the North Caucasus. In Tiflis Emin stressed to the king the historical links between the Armenian and Georgian peoples and the monarch's legitimate rights to extend his rule over his ancestral lands (see Origin of the Bagratid dynasties), assuring him that a small but disciplined army could easily cross over into Armenia, where a general revolt against Persian and Ottoman rule would take place. Tens of thousands of volunteer fighters, mostly gathered by Hovhan, the head of the religious order of St. Karapet Monastery in Moush, Western Armenia, would assist him in defeating the Muslim forces, allowing the establishment of a joint Kingdom of Armenia and Georgia. While King Erekle initially showed some interest in Emin's plans he eventually saw Emin as a challenger and a few months after his arrival into Tiflis Emin was forced to leave Georgia and cross into the Northern Caucasus. Emin remained in the region for the following five years, spending a lot of time among the mountain tribes, with whose assistance he was finally able to reach Karabagh and the mountainous Zangezur region in Armenia where he tried to pursue his liberation plans with the local Armenian nobles and the Armenian Bishop of Gandzasar. Realizing he needed the help of the Georgian king for any hope of success, he returned briefly to Georgia again only to be ordered to leave.

After his second failed attempt to persuade King Erekle, Emin left Georgia, and passing through Armenia and Persia, returned to India in 1770, where he tried to secure financial support from Armenian merchants to go back to Armenia to maintain a 'few troops' there. But facing clerical opposition again, he failed. Bitterly disillusioned, he rejoined the British Army under Warren Hastings. Emin remained in India for the rest of his life, and devoted his time and energy to keeping the idea of the liberation of Armenia alive. Emin wrote his memoirs where he described all his numerous and dangerous adventures. The book was entitled as Life and Adventures of Joseph Emin, 1726-1809, written by himself, and first published in London in 1792. A second edition was prepared and published in Calcutta in 1918 by Emin's great granddaughter who added all the preserved letters written by Emin in English.

Emin's book (The Life and Adventures of Joseph Emin) was revised by his great-great granddaughter Amy Apcar who added many letters and documents letters written by Emin. He also has descendants living in Calcutta and Russia, but more notably in London, England. Emin was also a descendant of Emin the First (or Emin the Great), who is thought to have held a position of considerable power in Armenia during the early 1500s. None of Emin's remaining descendants have retained the name 'Emin', and thus it has been lost. 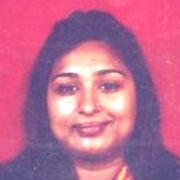