Joseph A. Unanue
The basics

Joseph Andrew Unanue (March 14, 1925 – June 12, 2013) was a Nuyorican (New York-born Puerto Rican) who was the president of Goya Foods, the largest Hispanic–owned food company in the United States.

After a Catholic upbringing and education in New York, Unanue served in the United States Army during World War II, and was awarded the Bronze star for bravery. He subsequently returned to New York and joined the company his father had founded, Goya Foods. He rose to become president in 1978, a position he held until 2004.

Unanue was made a knight of the Order of Malta, and was awarded several honorary doctorates. He died of pulmonary fibrosis in 2013.

Unanue's father, Prudencio Unanue Ortiz, was born in Burgos, Spain. He emigrated to Puerto Rico, where he met a young Spanish girl by the name of Carolina Casal, whose parents also had immigrated to Puerto Rico. They were married in the island in 1921 and soon after moved to New York City and settled in Brooklyn where Joseph Unanue was born.

Prudencio Unanue worked as a broker for Spanish companies doing business in the U.S. He soon realized that there was a need for Hispanic products in New York City, and in 1936 he founded Goya Foods, a food distributing company, in Manhattan.

Prudencio Unanue was very serious about his children's education and enrolled them in Catholic schools. Joseph attended St. Joseph's Grammar School and later St. Cecilia's High School. Since childhood and when not in school, Unanue and his brothers had to work in the family business. His special job was bottling olives. In 1943, he graduated from high school but, since World War II was in full swing, he was drafted into the United States Army.

After basic training, Unanue attended the University of Puget Sound in Tacoma, Washington. However, due to the intensity of the war, he was soon sent to the battlefield. In 1944, his Army company landed in France and soon joined General George S. Patton's 3rd Army at the Battle of the Bulge. Unanue was only 19 years old and a Private First Class when his sergeant died in action. He was then named sergeant in the field and made platoon leader. Unanue pulled his men to safety and was awarded the Bronze Star for bravery.

In 1946, after Unanue returned home, he enrolled in The Catholic University of America in Washington, D.C., where he graduated with a degree in Mechanical Engineering. He joined the family business, together with his brothers Tony and Frank Unanue. He learned every facet of the food industry. At first, the major supermarkets, such as A&P and Safeways weren't interested in selling anything with the Hispanic demography in mind. Eventually, with the wave of Hispanic immigrants landing in the United States, the supermarket industry started to take notice. Goya Foods started to supply Safeway's Supermarket in Harlem and the rest soon followed.

In 1956, Unanue married Carmen Ana de Casal, a Puerto Rican art collector and philanthropist with whom he had six children and 16 grandchildren.

In 1976, Unanue was named president of the company, whose principal base of operations was by then in New Jersey. His brother Frank ran Goya de Puerto Rico, Inc., located in Bayamon, Puerto Rico. Under Joseph's leadership, the company became the largest Hispanic–owned food distributor in the United States, with sales of over $800 million a year and with over 2,000 employees. Goya Foods grew to have more than a dozen facilities in the continental United States, while affiliated companies operate in Puerto Rico, the Dominican Republic, and Spain.

Goya Foods supports many organizations, among them the Puerto Rican Traveling Theater, Repertorio Español, Ballet Hispanico, and the Puerto Rican Day Parade. It also supports "The New Jersey Council for the Arts", El Museo del Barrio, and the Metropolitan Museum of Art.

In February 2004, after 27 years as president of Goya Foods, 78-year-old Joseph and his son Andy were ousted from the company by Joseph's two nephews. Joseph Unanue resided in Alpine, New Jersey with his wife Carmen Ana and continued to participate in civic and cultural activities.

In 2008, his son Andy was briefly a candidate for the Republican nomination for a U.S. Senate seat in New Jersey. He announced his candidacy on March 23, 2008, and filed petitions for the race on April 7, 2008. However, he dropped out of the race four days later, and his committee on vacancies designated former Congressman Dick Zimmer to enter the race under the Unanue petitions.

He died of complications of pulmonary fibrosis in 2013.

Unanue received honorary doctorates from Mercy College and Long Island University in New York, and from Felician College in New Jersey. The Catholic University of America has named one of its campus houses "The Joseph Unanue House".

Among Unanue's decorations are the following: 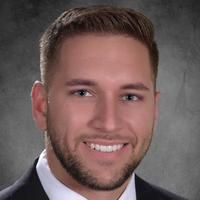 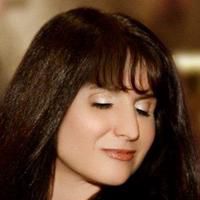 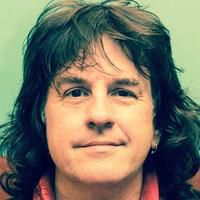 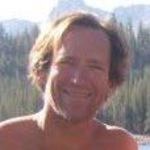