Josef Antonius Heinrich Terboven (23 May 1898 – 8 May 1945) was a Nazi leader, best known as the Reichskommissar for Norway during the German occupation of Norway and the Quisling regime.

Terboven (from the Dutch ter Boven) was born in Essen, Germany, as the son of minor landed gentry of Dutch descent. He served in the German field artillery and nascent air force in World War I and was awarded the Iron Cross, rising to the rank of lieutenant. He studied law and political science at the universities of Munich and Freiburg, where he first got involved in politics.

Dropping out of the university in 1923, Terboven joined the NSDAP with member number 25247 and participated in the abortive Beer Hall Putsch in Munich. When the NSDAP was subsequently outlawed, he found work at a bank for a few years before he was laid off in 1925.

He then went to work full-time for the Nazi party. Terboven helped establish the party in Essen and became Gauleiter there in 1928. From 1925 on he was part of the Sturmabteilung, in which he reached the rank of Obergruppenführer by 1936. On 29 June 1934, Terboven married Ilse Stahl, Joseph Goebbels' former secretary and mistress. Adolf Hitler was the guest of honour at the wedding. Terboven was made Oberpräsident der Rheinprovinz in 1935 and developed a reputation as a petty and ruthless tyrant.

Terboven was made Reichskommissar for Norway on 24 April 1940, even before the military invasion was completed on 7 June 1940. He moved into the Norwegian crown prince's residence at Skaugum in September 1940 and made his headquarters in Stortinget (the Norwegian parliament buildings). Ilse and their daughter Inge did not accompany him to Norway, remaining in Germany.

Terboven only had supervisory authority over the civilian administration in Norway. The German civilian administration did not rule Norway directly, however, and remained relatively small. Daily affairs were managed by the existing Norwegian state administration, headed by an acting cabinet and then by the Quisling cabinet. Terboven did not have authority over the 400,000 regular German Army forces stationed in Norway which were under the command of General Nikolaus von Falkenhorst, but he did command a personal force of around 6,000 men, of whom 800 were part of the secret police.

In contrast to the military forces commanded by Falkenhorst, which aimed to reach an understanding with the Norwegian people and were under orders by Falkenhorst to treat Norwegians with courtesy, Terboven behaved in the same petty and ruthless way he did as governor of the Rheinprovinz, and was widely disliked, not only by the Norwegians, but also by many Germans. From 1941, he increasingly focused on crushing the irregular military resistance against the Germans, declaring martial law in Trondheim in 1942, and ordering the destruction of Telavåg. Goebbels expressed annoyance in his diary about what he called Terboven's "bullying tactics" against the Norwegians, as they alienated the population against the Germans. Terboven nevertheless remained in ultimate charge of Norway until the end of the war in 1945, even after the proclamation of a Norwegian puppet regime under Vidkun Quisling, the Quisling government. On 18 December 1944, Falkenhorst was dismissed from his command for opposing certain radical policies of Terboven.

As the tide of the war turned against Germany, Terboven's personal aspiration was to organise a "Fortress Norway" (Festung Norwegen) for the Nazi regime's last stand. Hitler's successor, Admiral Dönitz, dismissed Terboven from his post as Reichskommissar on 7 May, transferring his powers to General Böhme.

Impact of his rule on prison camps

With the announcement of Germany's surrender, Terboven committed suicide on 8 May 1945 by detonating 50 kg of dynamite in a bunker on the Skaugum compound. He died alongside the body of Obergruppenführer Wilhelm Rediess, SS and Police Leader and commander of all SS troops in Norway, who had shot himself earlier. His family survived him in West Germany, and Ilse died in 1972.

In the 1965 film The Heroes of Telemark, Josef Terboven was played by English actor Eric Porter.

He is portrayed in the 1996 film Hamsun by Edgar Selge.

A character resembling him appears in the single player campaign of Battlefield V and interrogates the player during a scene.

The contents of this page are sourced from Wikipedia article on 08 Mar 2020. The contents are available under the CC BY-SA 4.0 license.
View Josef Terboven 's image gallery
Image Gallery 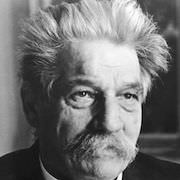