Josef "Pips" Priller (German pronunciation: [ joːzɛf pʁɪlɐ]) (27 July 1915 – 20 May 1961) was a German military aviator in the Luftwaffe during World War II, a fighter ace credited with 101 enemy aircraft shot down in 307 combat missions. All of his victories were claimed over the Western Front, including 11 four-engine bombers and at least 68 Supermarine Spitfire fighters.
Priller joined the military service in the Wehrmacht of Nazi Germany in 1935. Initially serving in the Army, he transferred to the Luftwaffe (Air Force) in 1936. Following flight training, he was posted to Jagdgeschwader 334 (JG 334—334th Fighter Wing) and then to Jagdgeschwader 51 (JG 51—51st Fighter Wing) on 1 May 1939. On 1 September 1939, the day when Germany invaded Poland, he was appointed Squadron Leader of the 6th Squadron of JG 51. He flew in the Battle of France and claimed his first aerial victory on 28 May 1940. He received the Knight's Cross of the Iron Cross in October 1940 following his 20th aerial victory which he claimed during the Battle of Britain.
In November 1940, Priller was transferred to Jagdgeschwader 26 "Schlageter" (JG 26—26th Fighter Wing) and was given command of the 1st Squadron. In June and July 1941 he accounted for a further 20 victories, earning him the Knight's Cross of the Iron Cross with Oak Leaves on 19 October 1941. Priller was appointed Group Commander of the 3rd Group of JG 26 "Schlageter" on 6 December 1941. He claimed his 70th victory on 5 May 1942. Priller became Wing Commander of JG 26 "Schlageter" on 11 January 1943. During the Allied Invasion of Normandy on 6 June 1944 he flew one of the few Luftwaffe missions against the Allied beachhead that day. Priller claimed his 100th victory on 15 June 1944. For this achievement he was awarded the Knight's Cross of the Iron Cross with Oak Leaves and Swords. During Operation Bodenplatte on 1 January 1945, Priller led an attack on the Allied airfields at Brussels-Evere and Brussels-Grimbergen. On 31 January 1945 Priller was appointed Inspekteur der Jagdflieger West (Inspector of Fighter Pilots West) and ceased operational flying. He held this position until the end of the war in May 1945.
Following the war, Priller managed the family brewery business. He died in 1961.

Priller, who was nicknamed Pips since his early youth, was born on 27 July 1915 in Ingolstadt in Kingdom of Bavaria, a state of the German Empire. After he graduated with his Abitur (diploma) he joined the military service of the Wehrmacht as a Fahnenjunker (officer candidate) with Infantry-Regiment 20 in Amberg of the 10th Infantry Division on 1 April 1935. Against the will of his battalion commander he transferred to the Luftwaffe as a Oberfähnrich (officer cadet) on 1 October 1936. He then received flight training at the pilot school in Salzwedel. On 1 April 1937 he was promoted to Leutnant (second lieutenant).

When World War II began on 1 September 1939, Priller was serving with the pre-war fighter unit designated I./Jagdgeschwader 71 (JG 71—71st Fighter Wing), later redesignated II./Jagdgeschwader 51 (JG 51—51st Fighter Wing). He was soon Staffelkapitän (squadron leader) of 6./JG 51. He made his first victory claims in May 1940 over Dunkirk versus Royal Air Force (RAF) fighters. He claimed six victories during the French campaign, and by the end of August his victory total had risen to 15. In October, Priller claimed his 20th victory, resulting in the award of the Knight's Cross of the Iron Cross. In November 1940, Priller was transferred as Staffelkapitän to 1./Jagdgeschwader 26 "Schlageter" (JG 26—26th Fighter Wing).

"Lady Liberty", a Boeing B-17 Flying Fortress, was shot down over the Netherlands by Priller on 19 August 1943.

Between 16 June and 11 July 1941, he claimed 19 RAF aircraft. He was awarded the Oak leaves to his Knights Cross in October 1941 for 41 victories. Now a Hauptmann, Priller became Gruppenkommandeur (group commander) of III./JG 26 in December 1941, with his score at 58. Five feet four inches tall, of stocky build and jovial character, Priller was a popular commander with his men; in spite of a reputation for talking back to his superiors. He skillfully used the limited resources of JG 26 in North West Europe to inflict damage on RAF Fighter Command sweeps throughout the summer campaigns of 1941 to 1943. He recorded his 70th victory in May 1942. By the end of that year, Priller had added 11 more confirmed victories to his tally.

In January 1943 Priller became Geschwaderkommodore (wing commander) of JG 26. By now the increasing US bomber offensive was putting pressure on the Jagdwaffe (Fighter Force) in the west, and JG 26's losses rose alarmingly in 1943.

On 6 June 1944 (D-Day), Priller, accompanied by his wingman made a single strafing pass attack on Sword Beach in their Focke-Wulf Fw 190A-8s. This act was first brought to the world's attention by the book, then the film, The Longest Day. Contrary to popular belief, Priller and his wingman were not the only Luftwaffe forces to attack the beachhead that day. Both Luftwaffe Hauptmann (Captain) Helmut Eberspächer, leading a ground-attack four-plane element of Fw 190s of Schnellkampfgeschwader 10, which downed a quartet of RAF Avro Lancasters at 05:00 over the invasion area, and the Luftwaffe bomber wing Kampfgeschwader 54 made several attacks on the British beachheads on D-Day. Priller was also a recipient of the Knight's Cross of the Iron Cross with Oak Leaves and Swords. The Knight's Cross of the Iron Cross and its higher grade Oak Leaves and Swords was awarded to recognise extreme battlefield bravery or successful military leadership.

Priller brought down his 100th victim on 15 June 1944, a United States Army Air Forces (USAAF) Consolidated B-24 Liberator. He was the 77th Luftwaffe pilot to achieve the century mark. On New Year's Day 1945, he led JG 26 in the ill-fated mass attack on Allied airfields, in Operation Bodenplatte, (an operation that saw Wodarczyk killed). Later that month Priller was appointed to the staff job of Inspector of Day Fighters (East).

Priller flew 307 combat missions to claim 101 victories. All his victories were recorded over the Western Front, and consisted of 11 USAAF heavy bombers, 68 Spitfires (the highest Luftwaffe ace's tally for this type), 11 Hurricanes, five medium bombers and five USAAF fighters.

The Riegele house in Augsburg, built as a beer hall in 1911.

After the war Priller became general manager of a brewery after his marriage to the owner - Johanna Riegele-Priller. He was one of several D-day combatants to advise on the making of the film The Longest Day, in which he was portrayed by Heinz Reincke. He died on 20 May 1961 from a heart attack in Böbing, Upper Bavaria. He was buried at the Westfriedhof (western cemetery) in Augsburg. The street "Josef-Priller-Straße" in Augsburg was named after him. 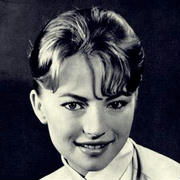