Josef Bühler (16 February 1904 – 22 August 1948) was a state secretary and deputy governor to the Nazi Germany-controlled General Government in Kraków during World War II.

Bühler was born in Bad Waldsee into a Catholic family of 12 children. His father was a baker. After obtaining his degree in law he received an appointment to work under Hans Frank, a legal advisor to Adolf Hitler and the Nazi Party. He was also elected as a member of the Weimar and Nazi Reichstags.

Hans Frank was appointed Minister of Justice for Bavaria in 1933. Bühler became a member of NSDAP on 1 April 1933, according to his own testimony at the Nuremberg Trials, and was appointed administrator of the Court of Munich. In 1935 he became district chief attorney.

In 1938 Hans Frank, now Reich Minister without portfolio, put him in charge of his cabinet office. After the invasion of Poland by Nazi Germany in September 1939, Frank was appointed Governor-General for the occupied Polish territories and Bühler accompanied him to Kraków to take up the post of State Secretary of the General Government, also serving as Frank's deputy. He was given the honorary rank of SS-Brigadeführer by Reichsführer-SS Heinrich Himmler around this time.

Bühler attended the Wannsee Conference on 20 January 1942 as the representative from the Governor General's office. During this conference, which discussed the imposition of the 'Final Solution of the Jewish Question in the German Sphere of Influence in Europe', Bühler stated to the other conference attendees the importance of solving 'the Jewish Question in the General Government as quickly as possible'.

After the war, Bühler testified on Frank's behalf at the Nuremberg Trials. He was later extradited to Poland and tried before the Supreme National Tribunal of Poland for crimes against humanity, sentenced to death and the forfeiture of all property on 10 July 1948 and executed by hanging on 22 August at Montelupich Prison in Kraków.

Bühler played a major part in the 1992 alternate history Fatherland, written by Robert Harris. In the novel, Nazi Germany continued to fight the Soviet Union well into the 1960s and had hopes of building an alliance and ending its Cold War with the United States. Bühler continued to serve in the novel in the General Government until 1951, when he was wounded by Polish resistance and was forced to retire. The discovery of Bühler's corpse in the Havel at the beginning of the novel sparks the investigation by the protagonist, Xavier March, a major in the now peace-time SS police force. That investigation leads to the discovery of the Final Solution. It turns out that Bühler was murdered by the Gestapo during an attempt to cover all traces of the Final Solution, which had Bühler helped to instigate.

In the 2001 HBO film Conspiracy, which portrayed the Wannsee Conference, Bühler was played by the British actor Ben Daniels. 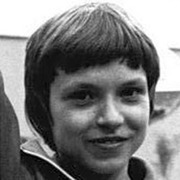