The contents of this page are sourced from Wikipedia article on 10 Mar 2020. The contents are available under the CC BY-SA 4.0 license.
comments so far.
Comments
Reference sources
References
https://www.fussballdaten.de/person/bergmaierjosef/
Trending today in

German-Canadian pathologist and Professor of Surgery specialized in organ transplantation 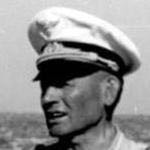