José Guillermo Quintana (born January 24, 1989) is a Colombian professional baseball pitcher for the Chicago Cubs of Major League Baseball (MLB). He also played in MLB for the Chicago White Sox.

Quintana pitched in Minor League Baseball for the New York Mets and New York Yankees organizations before becoming a free agent and signing with the Chicago White Sox before the 2012 season. He made his MLB debut in 2012, and was named an All-Star in 2016. The White Sox traded Quintana to the Cubs in 2017.

Quintana signed as an international free agent with the New York Mets, and began his professional career in the Rookie-level Venezuelan Summer League (VSL), pitching for the VSL Mets in 2006. He did not play in 2007 as he was suspended for violating the terms of Minor League Baseball's drug policy.

Quintana signed with the New York Yankees in 2008. He pitched the 2008 and 2009 seasons in the Rookie-level Dominican Summer League (DSL) with the DSL Yankees 2. In 2010, he pitched for the Gulf Coast Yankees of the Rookie-level Gulf Coast League and the Charleston RiverDogs of the Class A South Atlantic League. In 2011, Quintana posted a 10–2 win–loss record and a 2.91 earned run average (ERA), with 88 strikeouts in 102 innings pitched for the Tampa Yankees of the Class A-Advanced Florida State League (FSL). He became a minor league free agent after the 2011 season.

Chicago White Sox' scouts Daraka Shaheed and Joe Siers, who watched Quintana pitch in the FSL the previous season, recommended that the team sign him. Quintana signed with the White Sox, receiving a major league contract, on November 10, 2011. The White Sox assigned Quintana to the Birmingham Barons of the Class AA Southern League.

After starting the season with a 1–2 win-loss record, a 3.06 ERA, and 26 strikeouts in 35 innings pitched for Birmingham, the White Sox promoted Quintana to the majors on May 7, 2012, according to a new MLB rule that allow teams to carry a 26th man on their 25-man roster during the day of a doubleheader; the White Sox returned Quintana to Birmingham after the games. He made his MLB debut in the first game of the doubleheader, pitching ​5 ⁄3 innings in relief, allowing no runs, one hit, and two walks while striking out three. Quintana was optioned back to Birmingham the next day, and he stayed there up until May 24, when he was promoted to the Charlotte Knights of the Class AAA International League. However, he did not pitch there, as he was promoted to Chicago the next day when John Danks was placed on the 15-day DL. On May 25, 2012, Quintana got his first Major League victory during a 9–3 victory over the Cleveland Indians pitching six innings giving up two runs on four hits, walking three and striking out four.

During a game against the Tampa Bay Rays on May 30, 2012, Quintana was ejected by umpire Mark Wegner after throwing a pitch behind Ben Zobrist. During the 2012 year, Quintana appeared in 25 games making 22 starts going 6–6 with a 3.76 ERA.

Through the All-Star break in 2016, Quintana pitched to a 7–8 record with a 3.21 ERA in ​117 ⁄3 innings pitched. He was named to the MLB All-Star Game as an injury replacement for Danny Salazar. He finished the season 13–12 with a 3.20 ERA, striking out 181 batters while making 32 starts. Quintana finished tied for tenth in the voting for the American League Cy Young Award with Michael Fulmer, receiving one fifth place vote.

Quintana pitched for the Colombian national baseball team in the 2017 World Baseball Classic. The White Sox named him their Opening Day starting pitcher for the 2017 season.

On July 13, 2017, the White Sox traded Quintana to the Chicago Cubs for prospects Eloy Jiménez, Dylan Cease, Matt Rose, and Bryant Flete. He made his first start for the Cubs on July 16, striking out twelve in an 8–0 victory against the Baltimore Orioles. Quintana struggled in August, but had a 2.51 ERA in five starts in September.

Quintana and his wife, Michel, have a daughter. 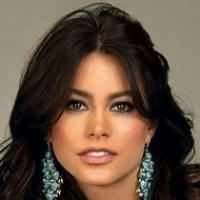