José María Córdova Muñoz also known as the "Hero of Ayacucho", was a General of the Colombian army during the Latin American War of independence from Spain.

In 1814 Córdova's military career started in the Engineer Corps during the independence of Antioquia as a Republic, State established by Francisco José de Caldas in Medellín. In 1815, Córdova enrolled in the revolutionary army and was sent to Tunja, where he fought as a subliutenant and under the French Colonel Emanuel Roergas Serviez who became his mentor. Córdova's battalion helped in the victory of the battle of “Río Palo”.

After the counter offensive by the Spanish troops in 1815, Córdova was named commander in chief of the Army. His battalion was defeated in 1816, and retreated to the Llanos where his mentor Serviez was assassinated by José Antonio Páez. In 1819, he was given a post to command before Simón Bolívar's arrival to Venezuela in 1816. Córdova was then sent to the Guayana Region in 1817 and Bolivar later incorporated him in his staff. In the Battle of Ayacucho, Córdova was given command of the first division of the army and because of his distinguished service he earned the nickname "The Lion of Ayacucho".

In 1819, right after the Battle of Boyacá, General Bolívar ascends Córdova to the rank of General and commissions him to spell the Spanish forces from the province of Antioquia. The Spanish army of General Barreiro had been demolished at Boyacá, and Córdova’s mission was to prevent the regrouping in northern Colombia. Thus, Córdova with 190 soldiers arrived in Rionegro on August 25 and in Medellín on August 30.

Córdova became the Military Chief of Antioquia, while José Manuel Restrepo was named as the Civilian Chief in charge of the public administration. Córdova organized a small army of 700 volunteers, and on February 12, 1820, he defeated the Spanish army of General Warleta at the “Battle of Chorrosblancos”, in Yarumal, Antioquia. This victory marked the end of the presence of Spanish troops in Antioquia.

Córdova returned to Antioquia after the military campaign to liberate Perú on September 8, 1829. He had clearly expressed his opposition and discontent with General Simón Bolívar proclamation as Dictator of Colombia and he was under investigation for the conspiracy of the “Noche Septembrina” of September 25, 1828. Thus, Córdova is set to organize a revolt against Bolívar in Antioquia.

Córdova died in 1829, after General Bolívar declared himself dictator of the Great Colombia. Córdova rebelled because that was not the cause they fought for. Irish General Daniel Florence O'Leary was commissioned by Bolivar to render Cordova. The ensuing battle took place near El Santuario, Antioquia, where Córdova died by the hand of the Irish Commander Rupert Hand. As homage for his actions and in his memory the department of Córdova in Colombia was named after him, the Colombian army's military officer's academy and the Medellin International Airport in Rio Negro are also named after him. 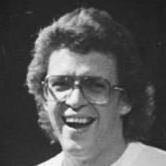