Born in Sestao, Biscay, Panizo arrived at Athletic Bilbao's youth system at the age of 16 from Basque neighbours Sestao Sport Club, being almost immediately promoted to the first team. During 16 professional seasons he would play in 326 La Liga matches, scoring 136 goals (seven years in double digits); in the 1942–43 campaign, as Athletic won the double, he netted 12 in 24 games.

At the age of 33, Panizo moved to another Basque club, modest SD Indautxu, closing out his career after one year. He died eight days after his 68th birthday, in Portugalete.

Panizo made his debut for Spain on 23 June 1946, in a 0–1 friendly loss to the Republic of Ireland in Madrid. In the following seven years he earned a further 13 caps, scoring twice.

Panizo was selected for the squad present at the 1950 FIFA World Cup, appearing four times as the nation reached the second group stage of the competition.

The contents of this page are sourced from Wikipedia article on 07 Mar 2020. The contents are available under the CC BY-SA 4.0 license.
comments so far.
Comments
From our partners
Sponsored
Reference sources
References
https://www.bdfutbol.com/en/j/j9911.html
https://www.athletic-club.eus/en/players/331/panizo
https://www.national-football-teams.com/player/40928.html
http://eu-football.info/_player.php?id=15942
Trending today in 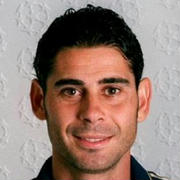