José Luis Gómez Martínez (born June 1, 1943) is a Professor Emeritus of Spanish at the University of Georgia. Essayist and literary critic, his research into the theory of the essay, along with his work on Hispanic thought and Latin American fiction helped push literary boundaries and open up new lines of thinking within and outside of academia. During his professional career José Luis Gómez won several awards for his scholarly contributions, including the prestigious Guggenheim Memorial Foundation Fellowship (1984-1985), the Albert Christ-Janer Award (1988), named Professor of the Year by the AATSP-GA (American Association of Teachers of Spanish and Portuguese Georgia Chapter, 1999), the 1989 Sturgis Leavitt Prize. In 2000 he was elected Membro Correspondente da Academia Brasileira de Filosofia (Acceptance Speech 2005).

José Luis Gómez Martínez was born in Soria, Spain, on June 1, 1943, in a family of limited financial resources at the end of the Spanish Civil War. His father was Basque and a Republican activist, his mother from the agricultural area of Taldecuende (Soria). His childhood and adolescence took place in small villages of Soria. He studied at the Instituto Antonio Machado of Soria, and once completed, he entered the Teacher College, first in Soria and then, in 1962, in Bilbao. The oppressive socio-political environment of the time (Francisco Franco’s dictatorship) drove him, once finished his studies in 1963, to leave Spain. He traveled first to Germany, where he funded his studies in Heidelberg and Munich with temporary jobs. In 1967 he married Béatrice de Thibault (of Belgian nationality) and moved to the United States. Always with the need for financial resources to continue funding his studies, he worked for two years at the Spanish Consulate in Chicago, as a cultural link with secondary educational establishments; at the same time, followed graduate studies in Linguistics and Hispanic Literature at Roosevelt University. In 1970 he joined the University of Iowa, and obtained the doctorate in 1973. His pedagogic vocation led him to teach, throughout these years, private lessons of Spanish, high school courses for Spanish emigrants in Germany, and at various institutions in the United States. In 1974 the University of Georgia offered him a position for the teaching of Spanish and Latin American Thought. In 1989 the University of Georgia appointed him Distinguished Research Professor. He compensated the relative isolation for teaching at an institution in the American South with active participation in numerous professional associations (was elected President of the Society for Iberian and Latin American Thought, 1992-1994). Gómez Martinez maintained, above all, fruitful relations, both through the biannual Seminar of Salamanca, Spain, and in several Latin American countries (Bolivia, Argentina, Uruguay, Brazil, Venezuela, Peru...), but especially in Mexico, at the UNAM and Universidad Iberoamericana. Since 1997 he maintains a portal on Internet dedicated to Hispanic Thought (http://www.ensayistas.org/). In the year 2000 was elected "Member Correspondente da Academia Brasileira de philosophy") and in 2008 "Socio de Honor" of the Asociación de Hispanismo Filosófico.

The philosophical formation of Gómez Martínez starts in Germany as a reaction to the Spanish repression (Franco’s dictatorship) and the reading in German of Ortega y Gasset. Once in the United States, it will be the influence of Américo Castro, José Gaos and Leopoldo Zea who will bring him back to Ortega y Gasset. These early influences will then permeate all his intellectual work. The first expression of his thought was a seminal study, “Américo Castro y Sánchez Albonoz” (1972), and the more in-depth examination in his book Américo Castro y el origen de los españoles (1975). Then he complemented this first articulation of his philosophy of history with a theoretical reflection about the essay as a means of communication of thought (Teoría del ensayo, 1981). However, it was through his participation in the biannual international gatherings at the University of Salamanca, that his theoretical base acquired a precise objective in the study of Latin American Thought. His published books, as well as numerous chapters in books and articles in professional journals embody this path. Within the published work of Gómez-Martínez there are three facets that seem to define his achievements: historian of ideas, theoretician, and organizer of projects for the dissemination of Hispanic Thought.

The early influence of Ortega y Gasset and Américo Castro motivated Gómez Martínez’s approach from the field of literature to philosophy, by studying outstanding figures of Spanish thought (Américo Castro, Sánchez-Albornoz, Ortega y Gasset, Ramiro de Maeztu, Francisco de Quevedo, Diego de Saavedra Fajardo, Pérez Galdós, Krausism, Erasmism, among others). However, in 1980, the date in which he met the Mexican philosopher Leopoldo Zea, Gómez Martínez made also the recovery of the Latin American Ideas a major focus in his research. His platform for dialogue was the Seminar of History of Spanish and Ibero-American Philosophy, led by the Spanish philosopher Antonio Heredia at the University of Salamanca. He started his work with an extensive literature review of Latin American Thought, seeking to identify authors and works, there by establishing a basis for research. Then came studies on various Latin American thinkers (Samuel Ramos, Domingo Sarmiento, Juan Bautista Alberdi, Eugenio María de Hostos, José Enrique Rodó, Alfonso Reyes, José Gaos among others), and an initial concentration on Bolivian thought, through studies in journals, a panoramic view in Bolivia: 1952-1986, and then, culminating in 1988 with the publication of Bolivia: a people in search of their identity. In this book, Gómez Martínez initiates an interdisciplinary theoretical framework to understand the Bolivian cultural development. This framework will become a distinctive mark of Gómez Martínez philosophical thought. In this work, he detached the so-called "philosophical" texts, which dealt mainly with the reception of European thought within the academic world, from other texts, such as essays, novels, indigenous legislation, etc., that trace the Bolivian cultural development and in turn denotes growing awareness of the Bolivian identity. According to the Venezuelan philosopher Gloria Comesaña-Santalices, Gómez Martínez "understands the history of our Latin American Ideas, principally, from our literature and philosophy. Between both disciplines, his succeeds to carry out, on the one hand, an analysis ontosemiotic of the text that reinforces itself with its own existenciary referent, in its word-being relation. On the other hand, he produces an anthropic discursive practice, which opposes the reconstructive thought of Postmodernity, which -in his opinion- continues to be a way of thinking that is centralized and unequivocal, and proposes, on the other hand, the concept of a dynamic center to all axiological discourse" (351-352). These same theoretical parameters acquired a more ambitious application when Gómez Martínez brings them to practice in the periodicity of the Latin American thinking during the 20th century in books such as Liberation Thought: Projection of Ortega in Latin America (1995) or Leopoldo Zea (1997). Gómez Martínez recognizes three defining moments in 20th Century Latin American thought, which he places in three symbolic dates: 1914, 1939, and 1968. In them, he finds the beginning of three periods of internalization (self-awareness) that, starting with the recognition of its Western affiliation, Latin American thinkers seek cultural independence by striving for solutions to their own existence. In the 1960s Latin American thought is evident, arising from its own context in an original expression, in what we know today as philosophy of liberation, especially in its facets of Liberation Theology (Gustavo Gutiérrez) and Pedagogy of the Oppressed (Paulo Freire).

A theoretical maturation process. Since his first publication,"Américo Castro and Sánchez-Albornoz: two Positions on the Origin of the Spaniards" (1972), Gómez Martínez emphasizes the need to start with sound theoretical principles in the construction of meaning. His early studies revolve around the essay as a form of communication, at the same time that he is maturing his theoretical reconstruction. In 1981, he published the first edition of his Theory of the Essay (Second edition augmented in 1992). His theoretical studies support his publications in the field of the History of Ideas: "Krausism, Modernism and the Essay" (1987), "Exile in the Historical-Social Sciences: Towards a Philosophy of History" (1990), "Epistemological Considerations for a Philosophy of Liberation" (1990), "Postmodernism and the Anthropic Discourse of Liberation" (1996). In 1999, Gómez Martínez published his finest work, Beyond the Postmodernity: the Anthropic Discourse and its Practice in the Latin-American Culture. The Russian philosopher Edward Demenchónok points out that the objective of this book is to "recover the human being as the referent to the axiological discourse, as the center of communication and the creator of culture. The term anthropic discourse, introduced by the author, is relevant —from the Greek root (anthropic: ántropos)— by pointing to the human being in its fundamental sense (and is associated with a variety of disciplines, from cosmology to ecology). Anthropic means a human approach, a position at the same time ethical and axiological: to see everything from the point of view of man. On the axiological discourse, the anthropic is a form (in the Kantian sense, which means the universal and general importance) that reflects on the contents of the literary, philosophical, and cultural texts. […] Gómez-Martínez centers his theory of anthropic discourse in debate with the post-modern discourse, as an alternative to it. In his analysis of Derrida, Lyotard, among others, the author reveals their main defect: the forgotten human being." That is, says Carlos Pérez Zavala, "Gómez Martínez clarifies that to challenge modernity, postmodern thinkers, as Derrida, use the term 'deconstruction'. Deconstruction arises from a logocentrism supposedly 'eccentric', sustraido-abstraido, to the structure, and therefore purports the act of meaning. The author appeals, as does the Latin American Philosophy of Liberation, to the concept of problematization, which suggests a questioning of the inner structure, understood as a transformable, dynamic contextualization. In this way the problematization put forward by the anthropic discourse tends to liberate the act of meaning from the limitation generated by the static rigidity of the discourse of modernity, and to turn it into an act of contextualization within a process by which man is and modifies, remains and changes, encodes and re-encodes." Beyond Postmodernity is, in effect, Gómez Martínez’ best work, which then allows novel formulations, both in the pedagogical and in the socio-cultural field, that anticipated the impact of the digital revolution of our time: "Education and Globalization. The Hypertext in the Future of Education", 2002, "Towards a New Paradigm: the Hypertext as a Socio-Cultural Facet of Technology" 2001, or "Producer-consumer: The Advent of the Prosumer", 2006. 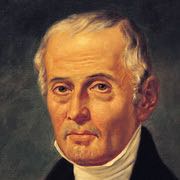