Lothario competed in the National Wrestling Alliance for most of his career. He once had a losing streak of over 500 matches.

On Christmas Day 1970, Lothario teamed up with Danny Miller to defeat The Infernos and win the NWA Florida Tag Team Championship. In storyline, the previous champions, Dusty Rhodes and Dick Murdoch, had been stripped of the titles.

Lothario's biggest feuds were with Gino Hernandez and El Gran Marcus. Lothario wrestled in Florida and Texas and was one of the most popular wrestler's in Houston Wrestling's long, prestigious history.

Lothario trained Shawn Michaels in the 1980s, with Lothario later becoming Michaels' manager in the WWF in 1996, managing Michaels to winning his first WWF World Heavyweight Championship at WrestleMania XII. Lothario continued to manage Michaels until Royal Rumble in January 1997. Lothario briefly returned to WWF in January 1999 as part of a storyline involving Michaels.

His son Pete was also a professional wrestler in the Texas area, and has appeared on WWE television. His wife, Jean Lothario also wrestled with Joe Blanchard's Southwest Wrestling Alliance. They also have a daughter, Gina, who did not go into the wrestling business. 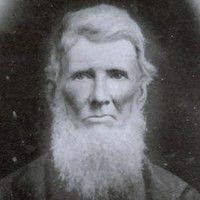