José Granda began his senior career with Sporting Cristal, joining their first team in January 2010. He made his Torneo Descentralizado league debut on 20 February 2010 playing the entire match in Cristal's 3–1 home win over FBC Melgar. He played from start again in his second league match in the 1–0 win over Total Chalaco on matchday 13. Granda made only five league appearances in his debut season under manager Víctor Rivera.

The following season, he made ten league appearances for Cristal. In the 2012 season he only featured in one match, scoring his first league goal in the 1–2 away win over FBC Melgar.

Then in August 2012 Granda joined newly promoted side Real Garcilaso. 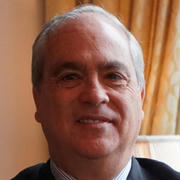