Jose Dolores Fuentes is a meteorologist at Pennsylvania State University. His research focuses on surface-atmosphere interactions that control the transport of energy and trace gases in the lower atmosphere. In particular, he has gained media attention for his research into the relationship between air pollution and bees.

Before he became a professor of meteorology at Penn State, Dolores Fuentes was a professor of environmental sciences at the University of Virginia. At Penn State, he collaborates with well-known climate scientist Michael E. Mann by co-advising students and working on a research project in the Florida Everglades. He has worked on projects all over the world, including a remote field stations in northern Alaska. He was previously the co-investigator of the Beltsville Center for Climate System Observation, a collaboration between Howard University and NASA which supported summer researchers and atmospheric science.

Dolores Fuentes is also the atmospheric sciences editor for Eos, the magazine of the American Geophysical Union, and a member of the advisory committee for the National Science Foundation's geoscience branch.

The contents of this page are sourced from Wikipedia article on 20 Apr 2020. The contents are available under the CC BY-SA 4.0 license.
View Jose Dolores Fuentes 's image gallery
Image Gallery 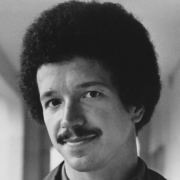