Kelder presented various television programs which include Hoe heurt het eigenlijk? and Bij ons in de PC. As of August 2019 he is one of the presenters of Buitenhof. He also presents the show Dr. Kelder & co on radio.

Kelder was previously in relationships with Georgina Verbaan and Lauren Verster.

The contents of this page are sourced from Wikipedia article on 21 Apr 2020. The contents are available under the CC BY-SA 4.0 license.
View Jort Kelder 's image gallery
Image Gallery 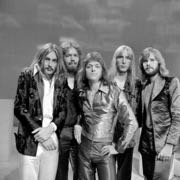