Jorgina "Jorgie" Porter is an English actress and model. She is best known for portraying Theresa McQueen in the Channel 4 soap opera Hollyoaks, a role she played from 2008 until her departure in 2016. In January 2012 participated in Dancing on Ice and again in the final series in January 2014. In November 2015 she participated in I'm a Celebrity...Get Me Out of Here! finishing in fifth place. She made a one-off appearance as "Miss Croft" in the Are You Being Served? special in August 2016. In 2017, she appeared as a contestant in reality dating show, Celebs Go Dating.

Porter was born in Trafford, Greater Manchester on Christmas Day, 1987. She grew up with her mother, grandmother and sister and has only met her father once. A former ballet dancer, she was told by the ballet school she attended that she was overweight for a dancer. She later attended The Hammond School in Chester, Cheshire.

In November 2008, it was announced that Porter had joined the cast of the Channel 4 soap opera Hollyoaks, playing the role of Theresa McQueen. Porter said that she was "thrilled" to join the cast and be a part of one of soap opera's "most notorious families". In 2010, Porter appeared with eight other soap opera actresses in a music video and cover of the Cyndi Lauper single "Girls Just Want To Have Fun". The song was released in aid of charity, Cancer Research UK's campaign "Race for Life".

Porter appeared in the November 2010 issue of Sugar magazine. In FHM's 100 Sexiest Women in the World 2011, Porter was ranked 50th. In August 2011, Porter took part in the ITV dance show Born to Shine. She learned to street dance on the show, but failed to make it to the final.

In 2012, Porter was confirmed to be a contestant and participant on the seventh series of Dancing on Ice. Porter was paired dancing with American pairs skater Matt Evers. Porter made it to the final and finished in second place behind Emmerdale actor Matthew Wolfenden.

In 2013, Porter decided to leave Hollyoaks. In October that year, she said she was leaving the show at the end of her contract. After finishing filming on the show she appeared on the final series Dancing On Ice in January 2014, which featured returning contestant 'All Stars' from past series. Poter and her skating partner Sylvain Longchambon were the first contestants to be voted off the series. In April, it was announced that Porter had agreed to return to Hollyoaks.

In 2014, she released her own calendar for 2015, showing some of her modelling shoots and photos. She has also released another calendar for 2016. Porter is the presenter for the Nintendo Girls Club. In July 2015, Porter announced that she was leaving Hollyoaks once again. Her final scenes as the character aired on 11 March 2016. In November 2015, Porter took part in the fifteenth series of ITV show I'm a Celebrity...Get Me Out of Here!. She came 5th on the show.

In 2016, Porter was cast as "Miss Croft" in a reboot episode of the series Are You Being Served?. She also became the new face of the UK advertising campaign for the skincare brand Proactiv. In 2017, she appeared as a contestant in Celebs Go Dating.

Porter is an ambassador for Teenage Cancer Trust and their annual sun safety campaign, 'Shunburn'. Porter had several images taken, showing the effects and damages of sun burn. 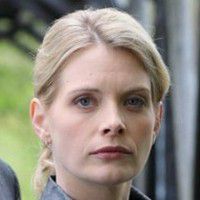