Jørgen Lyng (born 7 March 1934), is a retired Danish general and a former Chief of Defence of Denmark.

As a young soldier Lyng received training from SAS, this training among other, enabled him to help establish and complete training for Jægerkorpset.

He was made Chief of Defence in 1989, only a week before the fall of the Berlin wall. In 1990, he order HDMS Olfert Fischer to the Persian Gulf, in order to participate in the First Gulf War, thereby starting Denmark's more active foreign policy. This led to the creation of the Danish International Brigade in 1993 and participation in the NATO led in Bosnia and Herzegovina, where the Operation Bøllebank became the first combat operation conducted by Danish Armed Forces since World War II.

The contents of this page are sourced from Wikipedia article on 24 Jun 2020. The contents are available under the CC BY-SA 4.0 license.
comments so far.
Comments
From our partners
Sponsored
Reference sources
References
http://www.b.dk/danmark/diskrete-jaegersoldater-lader-sig-hylde
http://www.fyens.dk/Foedselsdag/Jaegersoldat-og-forsvarschef/artikel/1198000
http://www.forsvaret.tv/#!/video/74DAB05C
http://jyllands-posten.dk/indland/ECE3447396/Afsked-med-pomp-og-pragt/
Trending today in 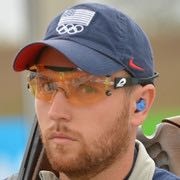