Jørgen Christian Knudsen (5 January or 5 December 1843 – 25 December 1922) was a Norwegian ship-owner and politician for the Conservative Party.

He was born at Saltrø in Stokken as a son of Christen and Guro Knudsen, née Aadnesdatter. The family bought the farm Frednes in Eidanger in 1854, and moved there. Jørgen Christian Knudsen had one sister Elen Serine, who married Johan Jeremiassen, and one brother Gunnar. Gunnar Knudsen would later become Prime Minister of Norway for the Liberal Party.

Knudsen was a notable ship-owner, running the company J. C. & G. Knudsen with his brother Gunnar. He was also a shipbuilder and factory owner. The partnership with his brother ended in 1889, and Knudsen ran his own company. The company was passed down to his sons Finn and Christen, and split between them in 1923. One of Knudsen's best known ships was the Skomvær, which was for a time the largest sailing ship in Norway.

He was a deputy member of the Norwegian Nobel Committee from the beginning in 1897, to 1909. He was also a supervisory council member of the Bank of Norway. 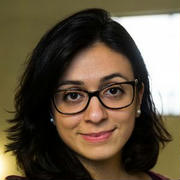