Jordan Nicolas Vestering is a Singaporean-Dutch footballer currently playing as a defender for Hougang United.

He was born to a Dutch father and a Malay mother. His brother, Joaquin Vestering, plays his football with the Singapore Sports School.

He played at National Football Academy level from 13 to 17. He signed with Hougang's Under-19 team at the start of the 2018 season.

He get his first league appearance against Albirex Niigata FC (S) on 6 May. He scored his first goal for the club in 2019, against Geylang International through a cross by Zulfahmi Arifin.

Vestering made his debut for the under-22 on against Fiji on 6 September 2019. He provided an assist for Daniel Goh who scored his first goal.

Vestering was invited for the national team training on 3 and 10 March 2020. This marks his first involvement with the senior side. 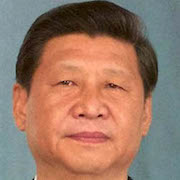