Jordan Ross Belfort (/ˈbɛlfɔːrt/; born July 9, 1962) is an American author, motivational speaker, and former stockbroker. In 1999, he pleaded guilty to fraud and related crimes in connection with stock-market manipulation and running a boiler room as part of a penny-stock scam. Belfort spent 22 months in prison as part of an agreement under which he gave testimony against numerous partners and subordinates in his fraud scheme. He published the memoir The Wolf of Wall Street in 2007, which was adapted into a film with the same name and released in 2013.

Belfort was born in 1962 in the Bronx borough of New York City to a Jewish family. He was raised in Bayside, Queens. Between completing high school and starting college, Belfort and his close childhood friend Elliot Loewenstern earned $20,000 selling Italian ice from styrofoam coolers to people at a local beach. Belfort went on to graduate from American University with a degree in biology. Belfort planned on using the money earned with Loewenstern to pay for dental school, and he enrolled at the University of Maryland School of Dentistry. He left after the dean of the school said to him on his first day: "The golden age of dentistry is over. If you're here simply because you're looking to make a lot of money, you're in the wrong place."

Belfort became a door-to-door meat and seafood salesman on Long Island, New York. He claims in interviews and his memoirs that the business was an initial success; he grew his meat-selling business to employ several workers and sold 5,000 pounds (2,300 kilograms) of beef and fish a week. The business ultimately failed, as he filed for bankruptcy at 25. According to his memoirs and interviews, a family friend helped him find a job as a trainee stockbroker at L.F. Rothschild. Belfort says he was laid off after that firm experienced financial difficulties related to the Black Monday stock market crash of 1987.

Belfort founded Stratton Oakmont as a franchise of Stratton Securities, then later bought out the original founder. Stratton Oakmont functioned as a boiler room that marketed penny stocks and defrauded investors with the "pump and dump" type of stock sales. During his years at Stratton, Belfort developed a lifestyle that consisted of lavish parties and intensive recreational use of drugs, especially methaqualone—sold to him under the brand name "Quaalude"—that resulted in an addiction. Stratton Oakmont at one point employed over 1,000 stock brokers and was involved in stock issues totaling more than US$1 billion, including being behind the initial public offering for footwear company Steve Madden Ltd. The firm was targeted by law enforcement officials throughout nearly its entire history, and its notoriety inspired the film Boiler Room (2000), as well as the 2013 biopic The Wolf of Wall Street.

Stratton Oakmont was under near-constant scrutiny from the National Association of Securities Dealers (now the Financial Industry Regulatory Authority) from 1989 onward. Finally, in December 1996, the NASD expelled Stratton Oakmont, putting it out of business. Belfort was then indicted for securities fraud and money laundering in 1999.

Belfort served 22 months of a four-year sentence at the Taft Correctional Institution in Taft, California, in exchange for a plea deal with the Federal Bureau of Investigation for the pump-and-dump scams which he ran that led to investor losses of approximately $200 million. Belfort was ordered to pay back $110.4 million that he swindled from stock buyers. Belfort shared a cell with Tommy Chong while serving his sentence, and Chong encouraged him to write about his experiences as a stockbroker. The pair remained friends after their release from prison, with Belfort crediting Chong for his new career direction as a motivational speaker and writer. At a motivational talk that he delivered in Dubai, United Arab Emirates, on May 19, 2014, Belfort stated:

I got greedy. ... Greed is not good. Ambition is good, passion is good. Passion prospers. My goal is to give more than I get, that's a sustainable form of success. ... Ninety-five percent of the business was legitimate. ... It was all brokerage firm issues. It was all legitimate, nothing to do with liquidating stocks.

Federal prosecutors and SEC officials involved in the case, however, have said, "Stratton Oakmont was not a real Wall Street firm, either literally or figuratively".

Belfort's restitution agreement required him to pay 50% of his income towards restitution to the 1,513 clients he defrauded until 2009, with a total of $110 million in restitution further mandated. About $10 million of the $11.6 million that had been recovered by Belfort's victims as of 2013 was the result of the sale of forfeited properties.

In October 2013, federal prosecutors filed a complaint against Belfort. Several days later, the U.S. government withdrew its motion to find Belfort in default of his payments, after his lawyers argued that he had only been responsible for paying 50% of his salary to restitution up until 2009, and not since. The restitution he paid during his parole period (since departing from prison) amounted to $382,910 in 2007, $148,799 in 2008, and $170,000 in 2009. Following this period, Belfort began negotiating a restitution payment plan with the U.S. government. The final deal that Belfort made with the government was to pay a minimum of $10,000 per month for life towards the restitution, after a judge ruled that Belfort was not required to pay 50% of his income past the end of his parole. He has claimed that he is additionally putting the profits from his U.S. public speaking engagements and media royalties towards the restitution, in addition to the $10,000 per month.

Prosecutors also said that he had fled to Australia to avoid taxes and conceal his assets from his victims, but later recanted their statement, which had been given to the Wall Street Journal, by issuing Belfort an official apology and requesting that the Wall Street Journal print a retraction. Belfort also claimed on his website and elsewhere that he intended to request that "100% of the royalties" from his books and The Wolf of Wall Street film be turned over to victims. But in June 2014, spokesmen for the U.S. attorney said that Belfort's claim was "not factual", claiming that he had received money from the initial sale of the movie rights that was not entirely put towards his restitution repayment. BusinessWeek reported that Belfort had paid only $21,000 toward his restitution obligations out of approximately $1.2 million paid to him in connection with the film before its release. Belfort has stated that he offered to put 100% of his book deal money towards his restitution but that the government refused the offer.

Belfort wrote the two memoirs The Wolf of Wall Street and Catching the Wolf of Wall Street which have been published in approximately 40 countries and translated into 18 languages. A movie based on his books opened in 2013 starring Leonardo DiCaprio as Belfort, Jonah Hill, and Margot Robbie; the film was written by Terence Winter and directed by Martin Scorsese. He wrote his first book in the days following his release from prison (after a false start during his sentence, when he wrote and destroyed 130 initial pages). He received a $500,000 advance from Random House, and before its release, a bidding war began for the book's film rights. The former Assistant United States Attorney who prosecuted Belfort has said that he believes that some of the details in Belfort's book may have been "invented".

Belfort has given motivational speeches. This has included a tour of live seminars in Australia entitled "The Truth Behind His Success", in addition to other appearances. In a 60 Minutes interview regarding his new career, Belfort stated of his previous life that his "greatest regret is losing people's money". He also runs sales seminars entitled "Jordan Belfort's Straight Line Sales Psychology". When he first began speaking, he focused largely on motivation and ethics, then moved his focus to sales skills and entrepreneurship.

His speaking engagements are run through his business Global Motivation Inc. and, as of 2014, Belfort was spending three weeks out of each month on the road for speaking engagements. The main theme of his speeches includes the importance of business ethics and learning from the mistakes that he made during the 1990s—such as believing that he was justified in skirting the rules of financial regulators simply because it was a common thing to do. His per-engagement speaking fees have been about $30,000–75,000 and his per sales seminar fee can be $80,000 or more. The main subject matter of his seminars is what he has called "Straight Line System", a system of sales advice. Some reviewers have reacted negatively to the content of the speeches, specifically Belfort's recounting of stories from the 1990s.

An investigation led by 7News and The Sunday Mail uncovered links between Belfort and employment company Career Pathways Australia run by Paul Conquest, who also has majority-ownership of Face to Face Training. These two brands were heavily promoted at Belfort workshops held at Brisbane's Eatons Hill Hotel. Belfort reportedly gave two workshops on Sales for the staff of Face to Face Training.

During his time running the Stratton Oakmont business, Belfort and his first wife Denise Lombardo were divorced. He later married Nadine Caridi, a British-born, Bay Ridge, Brooklyn-raised model whom he met at a party. He had two children with her. Belfort and Caridi ultimately separated following her claims of domestic violence, which were fueled by his problems with drug addiction and infidelity. They divorced in 2005.

Belfort was the final owner of the luxury yacht Nadine, which was originally built for Coco Chanel in 1961. The yacht was renamed after Caridi. In June 1996, the yacht sank off the east coast of Sardinia and frogmen from Italian Navy special forces unit COMSUBIN rescued all who were aboard the vessel. Belfort said that he insisted on sailing out in high winds against the advice of his captain, resulting in the sinking of the vessel when waves smashed the foredeck hatch.

As of 2015, Belfort is engaged to his long-time girlfriend Anne Koppe.

Filming of Scorsese's adaptation of Belfort's memoirs began in August 2012, and the film was released on December 25, 2013. Time magazine reported that many of the escapades depicted in the film are consistent with Belfort's memoirs and what was written about him in Forbes articles, although some of the Forbes-related content was embellished. Belfort was portrayed by Leonardo DiCaprio, who won the Golden Globe for Best Actor and was nominated for an Oscar for Best Actor for his performance. 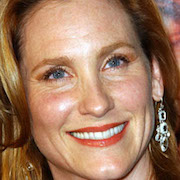