Bernard Johannes "Joost" Eerdmans (born 9 January 1971) is a Dutch politician of the Livable Rotterdam (LR) party. He is an Alderman and the Deputy mayor of Rotterdam 15 May 2014.

Bernard Johannes Eerdmans was born on 9 January 1971 in Harderwijk in the Dutch Province of Gelderland in a Reformed family. Eerdmans studied Management Science at the Erasmus Universiteit in Rotterdam. In 1995 he received his master's degree, having undertaken postgraduate studies at the Public administration School for Public and Environmental Affairs at Indiana University in Bloomington, Indiana in 1993.

After working for some time on projects for the Christian Democratic Appeal, Eerdmans worked at the Ministry of Justice from 1997 until 1999. In 1999 he became secretary to Ivo Opstelten, the mayor of Rotterdam.

In 2002 Eerdmans contacted Pim Fortuyn, who at that time was busy assembling a list of candidates for his new political party, Pim Fortuyn List (LPF). Eerdmans is placed 19th on the list and after the 2002 elections he became a member of the House of Representatives, while his party joined the First Balkenende cabinet.

After the fall of the cabinet, new elections were called. This time the LPF won only 8 seats, but since Eerdmans was second on the list he remained in Parliament. He was removed from the party's parliamentary faction after it was definitively announced that Eerdmans would be on the Eén NL candidate list for the 2006 elections.

For the Dutch general election, 2006, Eerdmans split with the LPF to form a new political party called One NL with Marco Pastors of Leefbaar Rotterdam. After the dismal result of One NL in the 2006 elections, Eerdmans left Dutch politics.

Eerdmans was elected lijsttrekker of Leefbaar Rotterdam on 6 October 2013. In the local elections of 2014 Leefbaar Rotterdam became the biggest party in Rotterdam, meaning the party would get the chance to lead the formation of a new coalition.

The party subsequently formed a coalition with D66 and CDA, in which Eerdmans is an alderman.

Eerdmans has been a television host on the Dutch channel Het Gesprek. He was also one of the hosts of the Dutch program TROS Regelrecht. 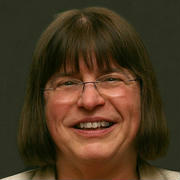