Jonna Eva-Maj Adlerteg (born 6 June 1995 in Västerås, Sweden) is a Swedish gymnast. She won the bronze medal on bars at the 2010 Summer Youth Olympics in Singapore. Adlerteg qualified for the 2012 Summer Olympics in London, becoming the second Swedish gymnast during the 21st century to qualify for the Olympics after Veronica Wagner. Adlerteg took Sweden's first medal in gymnastics in over 50 years when she won the silver medal on the uneven bars at the 2013 Europe Championships

Adlerteg at the 2011 World Championships

Adlerteg placed 42nd at the Test Event, qualifying her a spot for the 2012 Summer Olympics. She was the second Swedish gymnast during the 21st century to qualify for the Olympics after Veronica Wagner. Adlerteg finished 16th with the Swedish team at the 2012 European Championships. At the World Cup in Ghent, Adlerteg finished 4th on bars.

Adlerteg represented Sweden at the 2012 Summer Olympics. She finished 39th in the all-around qualification with a score of 52.199.

Adlerteg won a silver medal on the uneven bars at the 2013 European Championships behind Aliya Mustafina. It was Sweden's first medal in gymnastics in over 50 years.

Adlerteg with her silver medal from the 2013 European Championships

Jonna started the season at the 2015 Cottbus World Cup and won the bars final.

At the 2015 European Artistic Gymnastics Championships, in April 2015, she qualified to the all-around final. She sustained an ACL injury on her first event, the floor, and she was forced to withdraw from the competition.

In March 2016, news surfaced that Adlerteg had ruptured a meniscus, and would be out for the 2016 Olympics. 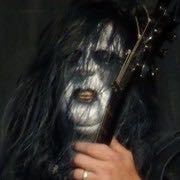