Jonathan Worth (Governor)
The basics

Jonathan Worth was born on November 18, 1802 to Dr. David Worth and Eunice Worth (née Gardner). A native of Guilford County, Worth settled in Randolph County and made his fame and fortune there as an attorney and legislator. A Quaker and protégé of Judge Archibald Murphey, Worth championed the cause of free public schools, and, though he belonged to the greatly outnumbered Whig party, gained much stature for his practicality and vision.

In 1830, he ran for a seat in the North Carolina House of Representatives from Randolph County, motivated in large part by a failing law practice. His major shortcoming, he had decided, was his deficiency as a public speaker. His peers at the Bar persuaded him there was no better way to improve his oratory and achieve better rhetoric than to become a member of the North Carolina General Assembly, which thrives on "talk".

He served two terms in the House, took a break from public service to build a lucrative law practice, was elected to the North Carolina Senate, and then ran twice for Congress, both times unsuccessfully.

In 1858, Worth was again elected to the State Senate, where he was made chairman of a committee to investigate the poorly run North Carolina Railroad. He pursued this official duty so relentlessly that the president of the Railroad, formerly a good friend, challenged Worth to a duel, which Worth declined.

Worth was an avid opponent of North Carolina's secession from the Union. Though opposed to the Confederate stands on most issues, Worth remained loyal to North Carolina and refused to take part in several peace movements. In late 1862 or early 1863, the legislature elected him State Treasurer by acclamation.

Just before Raleigh was occupied by Sherman's conquering forces at the end of the war, Governor Zebulon B. Vance charged Worth with the duty of safeguarding the State archives, which he did by evacuating them to Company Shops in Alamance County. Worth was so highly regarded that when William W. Holden was installed as the provisional governor, he requested Worth continue as the provisional treasurer. Worth held that title for five months until he resigned during his campaign against Gov. Holden in a special November 9, 1865 election. Worth is the only statewide North Carolina treasurer to become governor.

Worth was nominated by the Conservative Party, a state coalition that included most Democrats and some former Whigs, to run for governor in North Carolina's first and only special election for the office. Worth had been associated with the Conservative Party since the beginning of the Civil War. His opponent was the incumbent Gov. William W. Holden, who had been appointed by President Andrew Johnson and was running on the National Union Party ticket. Worth's strength was in the eastern part of the state, and Holden carried the western counties which had mostly opposed secession and the Civil War. Worth won with 32,549 votes (55.5%) to Holden's 25,809 votes (44.0%). Worth won with the support of many elements of the state that had supported secession. The 1865 election had been conducted according to the 1865 state constitution, which was rejected by the U.S. Congress.

Worth was re-elected on October 18, 1866 for a term that started December 22, 1866. He won 34,250 votes (75.9%) to 10,759 votes (23.8%) for former U.S. Rep. Alfred Dockery, running on the National Union Party ticket. In both his gubernatorial campaigns, Worth emphasized that he had opposed secession and that he sought to heal state and national divisions. He expressed support for President Andrew Johnson.

The major event of Worth's second term was the state constitutional convention, held in early 1868 to draft a constitution meeting the requirements of Congress. One of Worth's major interests was to restore North Carolina to the Union. Worth was disappointed with the new constitution and refused to run for re-election on the Conservative Party ticket in the election of 1868. He did not recognize the legitimacy of that election, which William W. Holden won. Nevertheless, he wrote to Holden: "I surrender the office to you under what I deem Military duress."

Worth died 14 months after leaving office as governor. He is buried in Historic Oakwood Cemetery.

His younger brother, John M. Worth, was also a successful politician and North Carolina State Treasurer from 1876 to 1885. 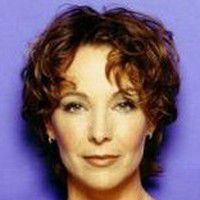 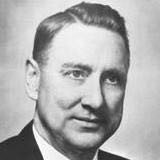