Jonathan S. Bush (born March 10, 1969) is the co-founder, Chief Executive Officer, and President of athenahealth, a Watertown, Massachusetts-based health care technology company founded in 1997.
In 2000, Bush raised more than $10 million in venture capital funding to support athenahealth, which launched a successful IPO in 2007. Before founding athenahealth, Bush served as an associate of J. Bush & Company, Inc., and a consultant at Booz Allen Hamilton, where he was a member of its Managed Care Strategy Group.
He is the son of Jonathan Bush, cousin of former U.S. President George W. Bush, nephew of U.S. President George H. W. Bush, and brother of television presenter Billy Bush.
In 2007, he appeared in the Nova Marathon Challenge. The episode chronicled a group of people from different athletic backgrounds who trained over the course of a year to run in the 2007 Boston Marathon.
Bush is the New York Times bestselling author, with Stephen L. Baker, of Where Does It Hurt?: An Entrepreneur’s Guide to Fixing Health Care (Penguin, May 2014).

Bush attended Boston University for one year in 1988-89. He has a Bachelor of Arts degree from Wesleyan University and a master's degree in business administration from Harvard University.

In 1991, during Operation Desert Storm, Bush trained as a combat medic (doing boot camp at Fort Jackson in South Carolina) but did not ship out because the war ended before he finished. 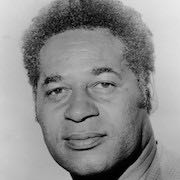