Jonathan M. Butler (born 1945) was a historian of religion. He was formerly employed as a lecturer by the Seventh-day Adventist Church.

Jonathan Butler earned a BA in religion at La Sierra College (1967) and an MDiv at Andrews University before completing his doctorate at the University of Chicago (1975).

He worked as an associate professor of church history at Loma Linda University in California, and also taught at Union College in Nebraska. He was co-editor of the magazine Adventist Heritage.

Other historians have praised his historical writing. The authors of Seeking a Sanctuary describe:

He authored an article in 1979 claiming Ellen White's endtime scenario was culturally conditioned to the point of being more at place in her time than now. Walter Rea describes it as "a brilliant piece," which "sent shock waves through the church".

Yet like numerous other authors, the church found his writings on White and other history challenging and difficult to cope with officially. He claimed, "many of the names identified with advances in Ellen White studies" (including himself) are no longer in church employment, "and most of them are no longer active church members." Butler later stopped working as an academic historian.

Butler has authored publications on the debate over the inspiration of Ellen White, charismatic experiences in early Adventism (see: charismatic Adventism), and others. 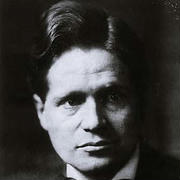