Jonathan Kuminga (born October 6, 2002) is a Congolese basketball player who attends The Patrick School in Hillside, New Jersey. He is among the best recruits in the 2021 class and prospects for the 2022 NBA draft.

As a freshman, Kuminga played basketball for Huntington Prep School in Huntington, West Virginia. For his sophomore season, he transferred to Our Savior New American School in Centereach, New York and averaged 25 points, five rebounds, and five assists per game. In January 2019, Kuminga was named most valuable player (MVP) of the Slam Dunk to the Beach showcase after scoring 40 points, a single-game record at the event, in a loss to Gonzaga College High School. At the end of the season, he earned MaxPreps National Sophomore of the Year honors.

In the spring of 2019, Kuminga averaged 20.8 points, 5.2 rebounds and 3.3 assists per game at the Nike Elite Youth Basketball League (EYBL), facing many players older than him. In one game, he scored 43 points against a team featuring Cade Cunningham and Greg Brown, both top 10 recruits in the 2020 class.

As a high school sophomore, Kuminga emerged as one of the best recruits in the 2021 class. He is a consensus five-star recruit and is considered a top two recruit in the 2021 class by 247Sports and ESPN. Kuminga holds scholarship offers from many NCAA Division I programs, including Kentucky and Duke.

Kuminga has the option to reclassify to the 2020 class, but in July 2019 when asked about the possibility, he said "I'm not really thinking about that right now. That’s not in my mind right now."

Kuminga's older brother, Joel Ntambwe, played college basketball for UNLV before transferring to Texas Tech in 2019. Two of his cousins play professional basketball: Emmanuel Mudiay in the National Basketball Association (NBA), and Omari Gudul in Europe. Kuminga's first language is French, and he is continuing to learn English.

Spiritual and religious Leader of the Republic of Congo (RC) 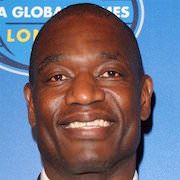 Republic of the Congo basketball player 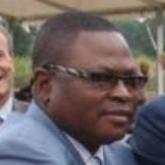 Republic of the Congo politician