Jonathan Holland (born 30 August 1991) is a retired Irish rugby union player. He played as a fly-half for Munster and Cork Constitution.

Holland was awarded the 2012–13 Ulster Bank Young Player of the Year Award for Division 1A.

Holland made his first start for Munster on 19 September 2014, against Zebre in the Pro12. He signed a two-year contract with Munster in January 2015, advancing from a development contract to a full contract.

On 25 March 2016, Holland started against Zebre in a 2015–16 Pro12 game, scoring 10 points. On 2 April 2016, Holland started against Leinster, scoring all of Munster's points, including a try, in Munster's 16–13 defeat. On 1 September 2016, it was announced that Holland had been forced to retire from rugby with immediate effect after being advised to do so on medical grounds, having suffered a recurrence of a hamstring injury first sustained in November 2014.

Holland joined Cork Constitution's coaching team ahead of their 2017–18 season, working with the backs. 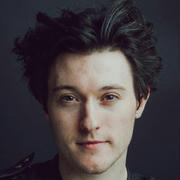