Jonathan Aspas Juncal (born 28 February 1982) is a Spanish professional footballer who plays for Italian club A.S. Pro Piacenza 1919. Mainly a right midfielder, he can also appear as an attacking right back.

Born in Moaña, Pontevedra, Aspas was brought up through local Celta de Vigo's youth system, and made his debut with the first team on 10 December 1999, aged 17, in a meaningless UEFA Cup tie against S.L. Benfica in Lisbon (Celta had already won 7–0 in the first leg, and he came on as a substitute for Benni McCarthy in the 1–1 draw). On 23 November 2003 his first La Liga game came, a 0–2 home loss against Athletic Bilbao; during that season, which ended in relegation, he also appeared in an infamous 0–5 derby loss to Deportivo de La Coruña also at the Balaídos.

Subsequently, Aspas would be regularly used by the Galicians, while the club was again relegated from the top level in 2007. He moved abroad afterwards, joining Italy's Piacenza Calcio 1919.

With the new technical staff of R.E. Mouscron – coach Miroslav Đukić and director of football Amedeo Carboni – playing a major part in his signing, Aspas moved to the Belgian League for the 2009–10 campaign. However, after only four months, the club could not face surmounting financial problems, and folded.

Aspas resumed his career in the Cypriot First Division, with AEP Paphos F.C. and Alki Larnaca FC. In July 2014, he returned to his native region by signing for Segunda División B team Racing de Ferrol after a trial.

In the 2015 off-season, Aspas returned to Italy and the city of Piacenza, joining A.S. Pro Piacenza 1919.

Aspas' younger brother, Iago, is also a footballer. Both were groomed at Celta. Their cousin Aitor represented smaller teams in their native region. 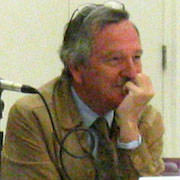