Jon Rahm Rodríguez (born 10 November 1994) is a Spanish professional golfer. Rahm was the number one golfer in the World Amateur Golf Ranking for a record 60 weeks and was the low amateur at the 2016 U.S. Open, after which he turned professional. Rahm won three times in 2017, once on the PGA Tour and two Rolex Series event on the European Tour. He reached a career-high professional ranking of No. 1 in the world after winning the Memorial Tournament in July 2020.

Born in Barrika, Basque Country, Spain, Rahm played collegiate golf for the Arizona State Sun Devils where he won 11 college tournaments, which is second in school history, behind only Phil Mickelson's 16 collegiate wins.

Rahm won the Ben Hogan Award in 2015 and 2016, the first player to win it twice. He was also the leading individual at the 2014 Eisenhower Trophy. He competed in the 2015 Phoenix Open as an amateur during his junior year, finishing tied for fifth place, three shots behind the winner. On 1 April 2015, Rahm became the 28th player to be the No. 1-ranked golfer in the World Amateur Golf Ranking. His first stint was for 25 consecutive weeks, after which he surrendered it, regained it, and held it for an additional 35 weeks. His total of 60 weeks spent atop the ranking is the all-time record. While ranked No. 1 in the world, he advanced to the quarterfinals of the 2015 U.S. Amateur before losing to Derek Bard.

He won the Mark H. McCormack Medal in 2015 as the leading player in the World Amateur Golf Ranking, which qualified him for the following year's U.S. Open and Open Championship. He closed out his collegiate career by winning the Pac-12 Conference championship and an NCAA regional championship before finishing tied for third in the national championship. He was the low amateur at the 2016 U.S. Open, finishing his final tournament as an amateur in a tie for 23rd place at 7-over-par.

After the U.S. Open, Rahm turned professional, which meant that he forfeited his exemption into the 2016 Open Championship. The next week Rahm played in his first event as a pro at the Quicken Loans National. He held or shared the lead for the first two rounds and finished tied for third place, four strokes behind the winner, Billy Hurley III. The finish was enough for Rahm to regain entry into The Open, as the Quicken Loans National was part of the Open Qualifying Series. Rahm finished tied runner-up in the RBC Canadian Open, securing Special Temporary Member status for the remainder of the season. He gained enough points as a non-member to earn a PGA Tour card for 2017.

In his second WGC event, the WGC-Dell Technologies Match Play, Rahm was runner-up to Dustin Johnson in the championship match. Rahm debuted as the No. 21-seed in the field of 64 and went 3−0 in round-robin play, defeating Kevin Chappell 3 & 2, Shane Lowry 2 & 1, and countryman Sergio García 6 & 4. He continued his domination in the round of 16 with a second consecutive 6 & 4 win over Charles Howell III, and then bested that mark when he eliminated Søren Kjeldsen 7 & 5 in the quarterfinals. In the semifinals, he defeated Bill Haas 3 & 2, which set up his rematch with Johnson, who was attempting to win his third straight tournament. In the final, Rahm was 5-down after just 8 holes, but won holes 9, 10, 13, 15, and 16 to get to only 1-down going into the 18th. Both players made par on the final hole of the match and Rahm finished runner-up in his WGC-Match Play debut, which allowed him to ascend to a new career-high world ranking of 14th.

Rahm finished tied for 27th place in his first Masters and then finished 4th in the Wells Fargo Championship and joint runner-up in the Dean & DeLuca Invitational, results which lifted him into the top-10 of the World Rankings. Making his debut in a European Tour event, he finished tied for 10th in the Open de France and, the following week, he earned his first European Tour victory by winning the Dubai Duty Free Irish Open by six strokes.

Rahm finished the regular season in sixth place in the FedEx Cup rankings. He had top-10 finishes in all four of the FedEx Cup Playoff events and finished fifth in the final standings.

Rahm won the DP World Tour Championship, Dubai, the final event of the 2017 European Tour season. He was awarded the European Tour Rookie of the Year for finishing as the highest-ranked rookie in the Race to Dubai. However, his award caused a stir among fellow European Tour pros, who felt that it should've gone to a more committed member of the tour. Outside the majors and WGCs, Rahm had played just four regular season European Tour events.

Rahm started 2018 by finishing runner-up eight strokes behind Dustin Johnson at the Sentry Tournament of Champions in Kapalua, Hawaii.

Later in the month, Rahm won the CareerBuilder Challenge after a sudden death playoff with Andrew Landry, for his second career PGA Tour victory. After matching scores on the first three extra holes, Rahm prevailed with a birdie on the fourth extra hole. The win lifted Rahm to a then career high 2nd in the world rankings. This made it four wins in just 38 professional starts for Rahm – a ratio bettered only by Tiger Woods in the past 30 years.

In his short professional career, Rahm has become renowned for his fiery on-course temper, which came to the fore during the final round of the Waste Management Phoenix Open, where he slammed his club into the ground.

In April 2018, Rahm won the Open de España on the European Tour.

In September 2018, Rahm qualified for the European team participating in the 2018 Ryder Cup. The European team won the Ryder Cup, defeating the U.S. 17 1/2 to 10 1/2 at Le Golf National outside of Paris, France.

On 28 April 2019, Rahm won the Zurich Classic of New Orleans on the PGA Tour with partner Ryan Palmer.

On 16 June 2019, Rahm finished tied for 3rd at the U.S. Open at Pebble Beach Golf Links in Pebble Beach, California.

On 7 July 2019, Rahm won the Dubai Duty Free Irish Open at Lahinch Golf Club. Rahm trailed 54-hole leader Robert Rock by five shots heading into the final 18 holes of the tournament. Beginning the round at eight-under overall, Rahm registered four birdies on the front nine to make the turn at 11-under overall and three-under 31 for the day. The 2017 Irish Open champion then shot five-under 31 on the back nine, including four birdies and an eagle, to close out the two-stroke victory.

On 6 October 2019, Rahm won his second consecutive Open de España at Club de Campo in Madrid. Rahm entered the final round with a five-shot lead and maintained that advantage with a final round 66, 5-under, to finish on 22 under 262.

On 19 July 2020, Rahm won the Memorial Tournament. This win lifted his Official World Golf Ranking to Number One. He was the second Spaniard after Seve Ballesteros to be number one in the world.

Rahm's surname originates from a Swiss ancestor who moved to Spain in the 1820s; his mother is from Madrid.

He is a keen supporter of the Basque football team Athletic Bilbao, and was honoured as the club's special guest at a game in December 2019.

Rahm lives in Phoenix, Arizona. In 2018, he became engaged to longtime college girlfriend Kelley Cahill. In December 2019 Rahm and Cahill married. His nickname is Rahmbo.

Rahm is the Brand Ambassador for Blue Yonder, which is headquartered in Scottsdale, Arizona.

"T" indicates a tie for a place.

Note that there is double counting of starts, wins, finishes and money for majors and WGC tournaments between the PGA Tour and European Tour stats.
^ Rahm was an amateur through the 2016 U.S. Open.
* As of the 2019 season 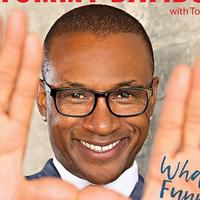