Jonathan Powers, commonly called Jon Powers (born July 3, 1978) is an Iraq War veteran and was appointed by President Obama to serve in multiple roles as an energy security expert.

In 2015, Jon Powers founded a financial technology company, CleanCapital, that makes it easy to invest in clean energy. In this role, Jon was named to Washington Life’s Top 25 Tech Leader for DC, 2016 and to Renewable Energy World's 40 under 40 in 2018.

In 2014, Powers joined Bloom Energy as the Managing Director of Public Sector Business Development. In this role Powers is responsible for business and market development within the public and private sector. Prior to joining Bloom Energy, Powers was appointed by President Obama to serve as the Administration's Federal Environmental Executive. In this capacity, Powers was responsible for promoting environmental and energy sustainability across federal government operations. He oversaw a pipeline of $4 billion in energy performance contracts and nearly tripled the federal government's renewable energy goals. In this role he was featured in USA Today as Obama's Point Man on Greening the Federal Government.

Prior to joining CEQ, Powers served as the Special Advisor on Energy in the Office of the Assistant Secretary of the Army, Installations, Energy & Environment. He also served as the Chief Operating Officer at the Truman National Security Project, where he focused on energy security issues. In 2009, Powers testified to the US Senate Committee on Environment and Public Works on the national security implications of climate change with retired Senator John Warner and Vice Admiral Dennis McGinn. Following this testimony, Powers founded the nationally recognized campaign Operation Free for veterans to advocate for a national energy policy.

Powers also served for four years as an Officer in the U.S. Army, including a 15-month tour in Iraq as part of Operation Iraq Freedom I. In 2005, Powers founded War Kids Relief after returning to Iraq as a civilian to develop programs to engage Iraq's youth and minimize recruitment by radicalized elements. The youth and counterterrorism research and program development efforts led to War Kids Relief becoming a leading advocacy organization working to create a bridge between American and Iraqi youth to build a foundation for peace. In 2008, Powers was a Democratic candidate for New York's 26th Congressional District.

Powers received a Bachelor of Arts in Education at John Carroll University in Cleveland, OH and a Masters in Global Security Studies at Johns Hopkins University in Baltimore, MD. His hometown is Clarence, New York.

Powers was born and raised in the Buffalo suburb of Clarence, New York. He received a bachelor's degree in Education from John Carroll University.

Powers served as an artillery platoon leader in the 1st Armored Division, and later as the Battalion Commander's Adjutant in Baghdad and Najaf. Captain Powers' commanding officer, Lieutenant Colonel William Rabena, described Powers as "one of the most talented officers I have known in twenty-two years of service in the Army". Rabena went on to say that Powers possesses "extraordinary management skills, leadership, and unmatched talent to accomplish the most difficult tasks with minimal guidance."

Powers returned from Iraq with the intention of becoming a social studies teacher in Clarence public schools. Because of his experience in Iraq, however, he returned to Baghdad and founded the non-profit organization War Kids Relief.

When Powers served in Iraq, he witnessed first hand the need for programs that provide educational, job training, and employment opportunities for Iraqi youth. After he finished his two years of military service, he returned to Baghdad and founded War Kids Relief. War Kids Relief's stated mission is to care for the children of war-torn nations, combating recruitment by terrorists and extremist groups through education, training, employment and other programs.

War Kids Relief programs include developing a Youth Center Work/Study Program that takes advantage of existing infrastructure and serves Iraqi youth between the ages of 16 and 25. War Kids Relief works with Iraqi stakeholders such as the Ministry of Youth and Sport, the Ministry of Education, local civic leaders, religious organizations, and the police to develop programs built on indigenous experience and expertise.

War Kids Relief has been featured in a number of national news stories, including NBC Nightly News with Brian Williams series, "Making a Difference", and the Newsweek for the cover story, "The Next Jihadists: Iraq's Lost Children".

However, the Buffalo News criticized Powers's role in War Kids Relief, noting that the organization raised only $41,738 in 2007, but paid Powers $3,000 a month.

Powers was an Officer in the Army Battalion featured in the documentary Gunner Palace. He participated in a six-week publicity tour promoting the film. 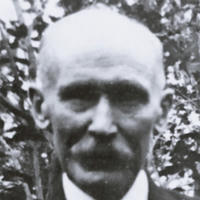