Johnny Rawls (born September 10, 1951) is an American soul blues singer, guitarist, arranger, songwriter and record producer. He was influenced by the deep soul music of the 1960s, as performed by O. V. Wright, James Carr, and Z. Z. Hill, although his styling, production and lyrics are more contemporary in nature.

To date, Rawls has released more than fifteen albums under his name. He has been nominated many times for a Blues Music Award, and at the 40th Blues Music Awards ceremony, Rawls' album, I'm Still Around, was named as the 'Soul Blues Album of the Year'.

Rawls was born in Hattiesburg, Mississippi, United States. He was taught the rudiments of guitar playing by his blind grandfather, and also played the saxophone and clarinet in high school in Purvis, Mississippi. Having mastered guitar playing by his mid teens, Rawls' schoolteacher arranged for him to back musicians who were touring through Mississippi, such as Z. Z. Hill and Joe Tex. In the mid 1970s, Rawls joined O. V. Wright's backing band, became his music director and played together with Wright until the latter's death in 1980. The band then continued billed as the Ace of Spades Band for another 13 years, and toured and performed with other musicians over this time span. These included B.B. King, Little Milton, Bobby Bland, Little Johnny Taylor, and Blues Boy Willie. The band included the guitarist L.C. Luckett, and he and Rawls jointly released the 1994 album, Can't Sleep At Night, on Rooster Blues.

His debut solo album, Here We Go, was released on JSP in 1996. The Allmusic journalist, Thom Owens, noted, "Rawls has a powerful, soulful voice which can make mediocre material sound convincing." Rawls also worked as an arranger and record producer for JSP. Further JSP releases included Louisiana Woman (1997), My Turn to Win (1999), and Put Your Trust in Me (2001), although by the time the latter was issued, Rawls had set up his own label, Deep South Soul. Rawls appeared on the cover of the Living Blues magazine in April 2002, where he was described as "a soul-blues renaissance man". The 2005 release No Boundaries, on Catfood Records increased his profile.

He is a prolific songwriter with over 100 of his songs recorded. Rawls undertook co-production duties on all of his albums issued on Catfood Records, as well as on Barbara Carr's Keep The Fire Burning. 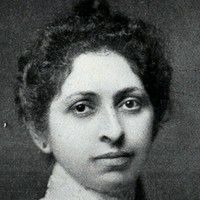