Johnny Jewel (born John David Padgett; 31 May 1974) is an American record producer, composer, and visual artist. He is a multi-instrumentalist who is known for using all-analog equipment. He has been recording and releasing records since the mid-1990s.

Jewel owns and operates his own record label called Italians Do It Better. He is a member of multiple bands on the label, including Glass Candy (along with vocalist Ida No), Chromatics (along with Ruth Radelet, Adam Miller and Nat Walker), Desire (with Megan Louise and Nat Walker), and Symmetry (with Nat Walker). Jewel also occasionally collaborates with artists Farah, Mirage, Twisted Wires and Appaloosa.

Jewel composed music for the films Bronson (2008) and Drive (2011), as well as the A&E crime drama series Those Who Kill (2014). The Perfection (2018). He also scored actor Ryan Gosling's 2015 directorial debut, Lost River, and Fien Troch's 2016 film Home, for which he won the Georges Delerue Award. Along with Chromatics, his works have appeared in David Lynch's series Twin Peaks: The Return. The Chromatics performed "Shadow" at the end of "Part 2" and "Saturday" at the end of "Part 12". The series also featured the Johnny Jewel tracks "Windswept", "The Flame" and "Slow Dreams".

He has released three largely instrumental albums under his own name: The Other Side of Midnight (2014), Windswept (2017) and Digital Rain (2018).

As a solo musician:

The contents of this page are sourced from Wikipedia article on 01 Aug 2020. The contents are available under the CC BY-SA 4.0 license.
View Johnny Jewel 's image gallery
Image Gallery 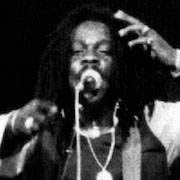 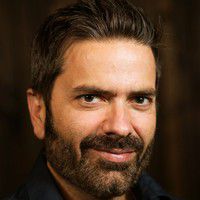