He was born in Wisconsin.

In the early 1950s, he was the emcee of a television show called Bachelor's Haven. Also, he was the original announcer for the last season of I Love Lucy, in 1956. He was a regular on Betty White's comedy show in 1958 and did announcing work for the early 1960s revival of The Steve Allen Show. Other shows he worked on included the Gene Autry Show and the Dinah Shore Show. Throughout his career, he occasionally acted in television shows, making guest appearances on Batman (episode 3), Leave It to Beaver and The Munsters. He also appeared, as himself, in The Gong Show Movie.

He was the first announcer for The Joker's Wild, which starred Jack Barry and debuted on CBS in 1972. Barry employed Jacobs to announce many such Jack Barry/Barry & Enright Productions game shows during the early to middle 1970s as Blank Check, the 1976 ABC run of Break The Bank, and Hollywood's Talking for CBS. Most notably, however, Chuck Barris employed Jacobs's voice talents on the aforementioned The Newlywed Game and The Dating Game, and also for other such Barris productions as The Gong Show, Three's a Crowd and The $1.98 Beauty Show. His last job was announcing a Barris-produced version of Treasure Hunt which was syndicated during the 1981-82 season. (Jacobs had also announced Barris's middle 1970s version of Treasure Hunt as well.) However, illness forced him to step down from this version of Treasure Hunt by late 1981, and he was replaced by frequent Barris fill-in announcer Tony McClay.

Jacobs died in Stockton, California, where he owned radio station KWG, at the age of 65.

The contents of this page are sourced from Wikipedia article on 30 Apr 2020. The contents are available under the CC BY-SA 4.0 license.
comments so far.
Comments
From our partners
Sponsored
Reference sources
References
https://books.google.com/books?id=m_UDAAAAMBAJ&pg=PA37&dq=%22Steve+Allen%22+%22Johnny+Jacobs%22&hl=en&sa=X&ei=9HYsVdiRB8K_ggSTloHICA&ved=0CB4Q6AEwAA#v=onepage&q=%22Steve%20Allen%22%20%22Johnny%20Jacobs%22&f=false
https://archive.org/details/onairencyclop00dunn
https://archive.org/details/onairencyclop00dunn/page/207
https://www.newspapers.com/clip/2213240/gary_crosby_show/
//www.google.com/search?&q=%22Johnny+Jacobs%22+site:news.google.com/newspapers&source=newspapers
//scholar.google.com/scholar?q=%22Johnny+Jacobs%22
https://www.jstor.org/action/doBasicSearch?Query=%22Johnny+Jacobs%22&acc=on&wc=on
https://www.imdb.com/name/nm0414479/
Trending today in 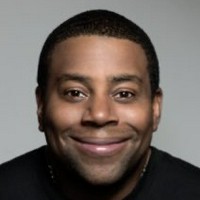