Holland is a graduate of Hempstead High School in Hempstead, Texas. While attending Hemsptead High, Holland was a letterman in several sports. He became an All-State player in both football and basketball while simultaneously becoming a top-10 student. Holland is the first of only two Hempstead High School alumni to play in the NFL, the other being Harvey Williams.

Prior to his pro-football career, Holland was a four-year letterman at Texas A&M University in College Station Texas. While at Texas A&M, he was a three-year starter, and was Texas A&M's all-time leading tackler until his record was broken in 1998 by Dat Nguyen.[1]

Holland was a second-round draft pick for the Green Bay Packers in 1987. He posted over 100 tackles for six consecutive seasons while playing for Green Bay. He retired from play after the 1993 season. He is now married and has two children.

After retiring as a linebacker for Green Bay, Holland moved on to an NFL coaching career, beginning his coaching career as a defensive quality control coach for the Green Bay Packers from 1995-97. He went on to coach special teams in 1998 and linebackers in 1999. He helped to lead the Packers to back-to-back NFC championships following the 1995 and 1996 seasons and an NFL championship in Super Bowl XXXI.

In 2000, Holland moved on to the Seattle Seahawks, where he served as the assistant special teams/assistant strength and conditioning coach. While there, he returned to his more familiar role as linebackers coach in 2001-2002.

For the 2003 season, Holland moved to the Detroit Lions. While in Detroit, he was defensive assistant coach for 2003–2004 and linebackers coach for 2005.

Holland has returned to his Texas roots for the 2006 season. He was the linebackers coach for the Houston Texans until being fired in 2011.

In 2012, he was hired by new Raiders head coach Dennis Allen to coach the team's linebackers. On December 31, 2012, he was relieved of his duties.

He joined the BC Lions of the Canadian Football League as a linebackers coach on February 19, 2014, after 17 years of coaching in the National Football League.

He returned to the NFL in 2016 as linebackers coach of the Cleveland Browns under head coach Hue Jackson. 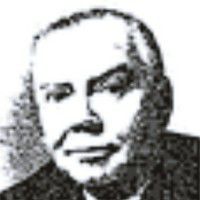