Jean-Philippe Smet (born 15 June 1943), better known by his stage name Johnny Hallyday (French pronunciation: ​[dʒɔ.ni a.li.dɛ]), is a French singer and actor. An icon in the French-speaking world since the beginning of his career, he has been called "the French Elvis". He was married for 15 years to popular Bulgarian-French singer Sylvie Vartan and the two were considered a "golden couple" for 20 years. Hallyday has completed 181 tours, had 18 platinum albums, and has sold more than 80 million records worldwide, making him one of the world's best-selling artists of all time.
Hallyday remains largely unknown outside of the Francophone world, thus earning the nickname "the biggest rock star you've never heard of" in English-speaking countries. Nevertheless, at an international level he is still considered as the only non-Anglophone rock musician having a large international reputation. He was made Chevalier (Knight) of the Légion d'honneur in 1997.

Hallyday's father, Léon Smet (1908–1989), was Belgian; his mother, Huguette Clerc (1920–2007), was French. Born in Paris, Hallyday took his stage name from his aunt Desta's husband and dance partner Lee Hallyday, a pseudonym for Lee Ketcham, an expatriate Oklahoman, performer, and MC at the Café de Paris where Johnny began his singing career. Johnny was raised by Desta and Lee from a very young age, with Lee being his first manager. Johnny was always very loyal to Lee and secured him a permanent job as a producer and A&R man with his label, Philips Records until Lee's retirement and relocation back to Oklahoma.

Influenced by Elvis Presley and the 1950s rock n' roll revolution, Hallyday became famous in the 1960s for singing rock and roll in French. His debut single, "Laisse les filles" was released on the Vogue label in March 1960. His first album, Hello Johnny, was released in 1960. In 1961 his cover of "Let's Twist Again" sold over one million copies, and was awarded a gold disc. It topped almost every European chart, although the track did not appear in the UK Singles Chart. He appeared on the American The Ed Sullivan Show with American singing star Connie Francis in a show that was taped at the Moulin Rouge nightclub in Paris. He also staged many appearances in the Paris Olympia under the management of the late Bruno Coquatrix. For their first concert, The Jimi Hendrix Experience opened for Johnny Hallyday in Évreux on 13 October 1966. Black-and-white footage, also from October 1966, exists of Hallyday partying with Hendrix, his manager Chas Chandler and others. There also is a widely published monochrome photograph of Hallyday walking somewhere in Paris in late May 1966 with Bob Dylan. At the end of the 1960s, Hallyday made a string of albums with Mick Jones and Tommy Brown as musical directors, and Big Jim Sullivan, Bobby Graham and Jimmy Page as session musicians. These are Jeune Homme, Rivière... Ouvre ton Lit (a.k.a. Je suis né dans la rue) and Vie. On Je suis né dans la rue, Hallyday also hired both Peter Frampton and the Small Faces. Amongst their contributions are the songs Amen (Bang Bang), Reclamation (News Report), and Regarde Pour Moi (What You Will), which are variations of Small Faces and Humble Pie (Frampton's band) songs—tracks and they all play on the album. Often forgotten is Hallyday's non-LP single and EP track Que Je T'aime from the same sessions. By 1969 alone, his sales of records exceeded twelve million.

One of Hallyday's later concerts, 100% Johnny: Live à La Tour Eiffel in 2000, attracted an audience of 500,000 and 9.5 million television viewers (the show was broadcast live on French TV). In December 2005, Hallyday had his third number-one single in France, "Mon Plus Beau Noël" (after "Tous ensemble" and "Marie"), dedicated to his adopted daughter Jade. Shortly before announcing his retirement from touring, he released a blues-flavored album, Le Cœur d'un homme, on 12 November 2007. The album hit No. 1 in both France and French-speaking Belgium. In addition to the lead single "Always", Le Cœur d'un homme features "T'aimer si mal", a duet with bluesman Taj Mahal and "I Am the Blues", an English-language song written for Hallyday by U2's lead singer Bono. His next album, Ça ne finira jamais, released in 2008, another No. 1 on the French album chart, and its lead single, "Ça n'finira jamais", also reached No. 1. In 2008 he recorded a series of acoustic songs with French musician Drexl Jonez. Hallyday's most recent album, also a No. 1 hit in France, is Tour 66: Stade de France 2009, a live set recorded at Stade de France during his farewell tour with appearances by Drexl Jonez on the guitar.

French movie producers Michèle and Laurent Pétin introduced Johnny Hallyday to Hong Kong film director Johnnie To. Hallyday was cast as the main role of To's Vengeance after meeting with the director in early 2008. The shooting began in November 2008 and concluded in February 2009.

Hallyday was introduced to the great chanteuse Édith Piaf in the late fifties and became one of her biggest fans up until her death in 1963. He attended every concert she performed in and was said to have been friends with her throughout his career. In a recent article he claimed that Édith tried to seduce him during a dinner with her in 1960, and resulted in him fleeing from her in despair, but a 1962 photograph of Édith, her husband Théo Sarapo, and Hallyday shows that she earned his trust back. Hallyday performed Édith's 1950 hit "Hymne à l'amour" in 1995.

In November 2005, Hallyday started a procedure to obtain Belgian citizenship but his request was turned down in 2006 because he failed to fulfill the residence requirements. In late 2006, Hallyday announced that he would move his permanent residency to Gstaad, Switzerland to escape the high tax rate imposed by the French government. Swiss law allows wealthy individuals to claim residency if they live six months and one day in the country and then pay a fixed tax based on expenses, such as rent or assets in Switzerland, rather than a percentage of their income. Hallyday has said that he would move his residency back to France if it changes its tax laws.

He maintains a second home in Los Angeles, where he has been spending increasing amounts of time in recent years, enjoying his relative anonymity in the U.S. In January 2014, Hallyday revealed that his current residence was in fact in the United States after an investigation by Swiss journalist showed that Hallyday did not spend enough time in Gstaad, Switzerland to qualify as a resident. One of his favorite leisure activities is riding his Harley-Davidson on long trips through the California desert, staying in small motels along the way.

Hallyday married Bulgarian-French singer Sylvie Vartan on 12 April 1965. Their son David was born on 14 August 1966. Hallyday and Vartan divorced in 1980. He was then briefly married to Babeth Étienne; the marriage lasted just two months and two days, ending in February 1982. A four-year relationship with French actress Nathalie Baye followed; their daughter Laura Smet was born on 15 November 1983. He was married to his third wife Adeline Blondieau for two years, divorcing her in 1992. He has been married to Laeticia Boudou since 25 March 1996. The couple have adopted two girls from Vietnam: Jade Odette Désirée, born 3 August 2004 (formerly Bui Thi Hoa), in November 2004, and Joy (Maï-Huong), born 27 July 2008, in December 2008. He also has three grandchildren through his son David; their names are Emma, llona and Cameron.

Hallyday supported Nicolas Sarkozy in the 2007 French presidential election. The Masked Avengers referenced this in their prank call to American vice-presidential nominee Sarah Palin when an Avenger impersonating Sarkozy named Hallyday as his "Special American Advisor".

In July 2009, Hallyday was diagnosed with colon cancer, and underwent surgery. On 26 November 2009, Hallyday underwent surgery in Paris to repair a herniated disc. He suffered complications and was admitted to Cedars-Sinai Medical Center in Los Angeles. Doctors announced that they had put Hallyday into a medically-induced coma so they could repair lesions that had formed as a result of the surgery, and to relieve his pain. On 17 December, Hallyday and his wife started legal proceedings against Dr. Stephane Delajoux, who had performed the original surgery. The conflict was resolved in February 2012 following Delajoux's vindication by medical investigators. 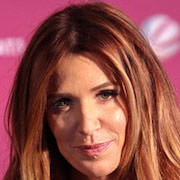 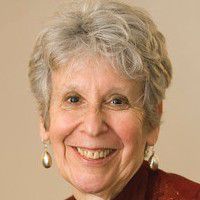